The View From Here: Down the WORMhole VI – Richard Foster 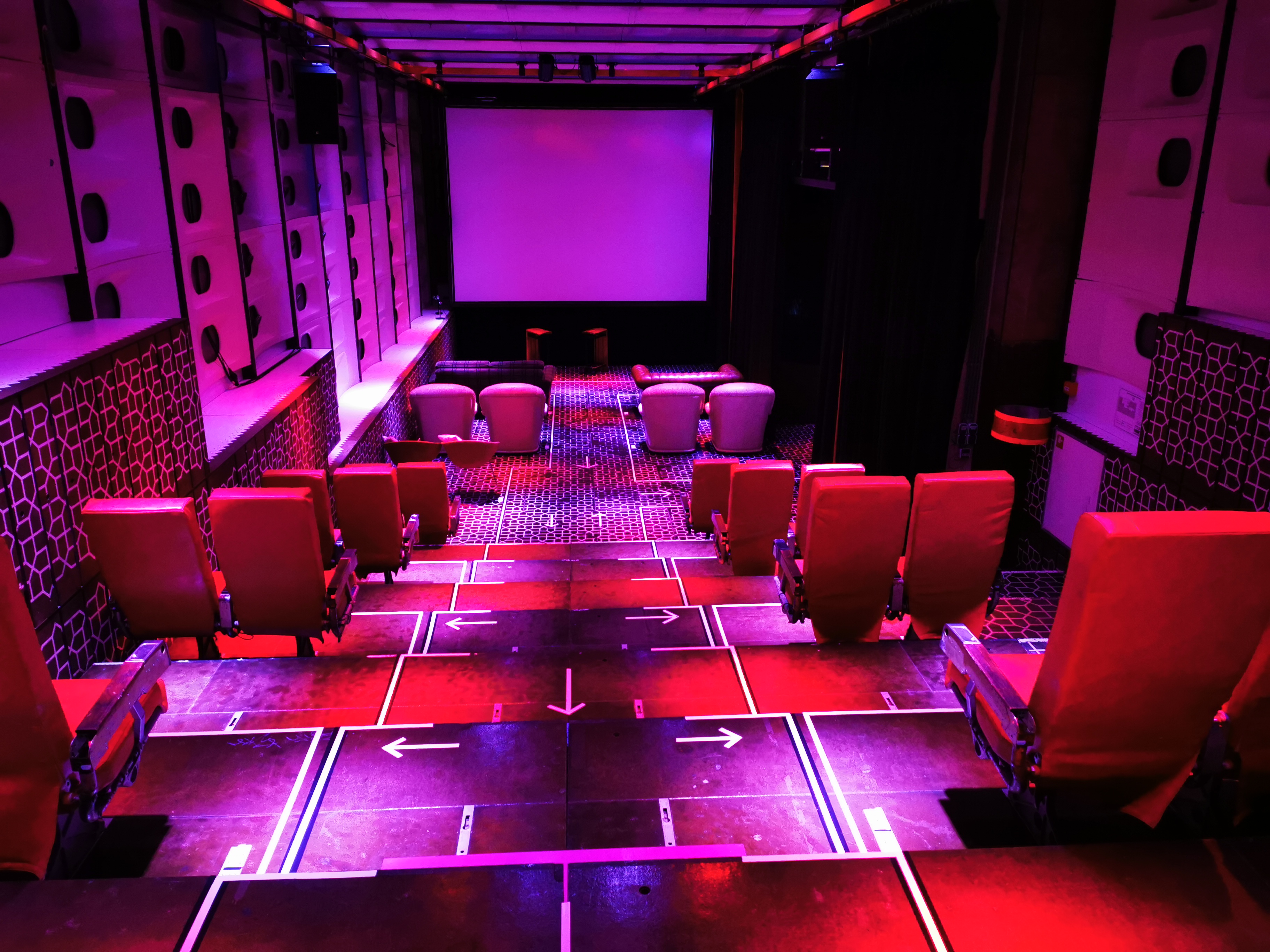 It’s not as if we really had to. But we felt we had to. Recently, the Dutch government decreed a shutdown of all cafes, restaurants and pubs to stem a huge surge of infections. Events – including gigs – are still allowed, but with a 30 person maximum. WORM could happily carry on with the gigs (we’re normally bloody delighted that 30 people would want to come and watch, say, a computer-generated take on Tarkovsky’s Stalker on a Wednesday night) but decided to take a stand. The staff running the operations on the floor have been working themselves into the ground, however committed to, or in love with WORM’s ethos of cutting edge, inclusive, avant-garde fun they may be. The strain on them is clear. We will do our utmost to keep the wolf from the door for them for this hopefully short break.

I would be lying if I didn’t say that this brief summer respite hasn’t been weird, though. Initial euphoria of watching gigs (Bhajan Bhoy! The Avonden! Black Country, New Road in Germany!!) has been increasingly tempered by the wearing monotony of behaving according to rules. After a while it does not get easier.

The impulse to go and talk to people after a few drinks remains strong. Surrounded by young people (remember them?) chatting about a gig they’ve seen, two pints down, ears ringing after hearing amplified beat music played by Anointed Youth of all socio-sexual persuasions, looking for that lost chord… I mean they’re your mates. The alternative music and arts scenes here are fairly close-knit ones, enriched with many shared experiences and frustrations of working and performing in a sector that, by and large, goes about unnoticed by the Great Dutch Public. Two degrees of separation is the norm in this world. And – because you want to say hi to someone who recently moved to (say) Nijmegen to start a new arts project, it’s nigh on impossible not to switch off. It happened to me after watching the brilliant Red Brut. Marijn Verbiesen (Red Brut) is an outstanding artist working in a hinterland of found sounds and homemade cassette tapes and visuals; she creates a sort of audio-visual bricolage that nods to both musique concrete and the sort of radio plays Georges Perec would make for German radio. I like Marijn a lot, I have reviewed her splendid records for that premier kultuur chaplet, the Quietus. We started to chew the fat by the mixing desk, only to be stopped after a minute by a clearly harassed looking colleague who must have done this kind of social break up routine a million times the previous week. You feel such a fool…

Then there are the changes to the working routine. Keeping away from production and studio staff at WORM has been paramount. They’re the ones putting on the broadcasts, shows and films, running the bar, dealing with artists-in-residence. You end up trying to be in a rigorous state of health at All Times, for Everyone. A state I’m sure isn’t really healthy. Everyone gets a nervous twitch. Colds that could have been the Big C peter out as two day sniffles brought on by the first autumn chill. I look back and quietly laugh at the earnest entreaties from colleagues to get a test after I’d (ahem) emptied my chambers after an uneasy post-prandial development stemming from a pan of mussels. But not being 100% sure (Covid also manifests itself as the shits, you dig?) meant missing the brilliant Lewsberg (what a band) in Haarlem’s Patronaat.

It’s not just me, I’m certain of that. The equally brilliant Global Charming couldn’t play at the 15th anniversary party of great independent label, Subroutine. Weirdly at that birthday festival, lots of bands’ drummers had to pull out. It became a two-day festival bereft of drummers. Maybe this small data nugget should be brought to the attention of the WHO.

I’m sure you can appreciate, then, that the strain on WORM’s production and catering and bar staff has been immense. How some managed to be so sanguine about extra hours, longer build ups and build downs, dealing with sometimes unruly or stubborn guests and working to the constant shiftings in interpretations of the rules is beyond me. We all know rules are there to be broken, even if the end result is drowning in the bile of your own lungs. Reports have reached these ears of water bottles not containing water during shows in other places.

Why the jumpiness and over-precarity? Well, the situation in the Netherlands is broadly similar to the UK; a huge rise in cases, inadequate testing and tracing systems, a government rent asunder on its previous reliance on “liberal market values” (yes, yes) and an implicit unspoken hope that if enough of the kuddevolk get the bug, this fabled “herd immunity” kicks in. Whatever that is, and however it will.

We all know what happens in the kingdom of the blind… In the Netherlands, churches have been open and hymn singing is allowed. Schools aren’t closed. The students aren’t locked down in the university towns. Fair fucks. But yes, the music and entertainment industries must carry the can. Maybe the devil does have all the best tunes. And WORM will one day blast them out through its splendid new PA. But not just now.