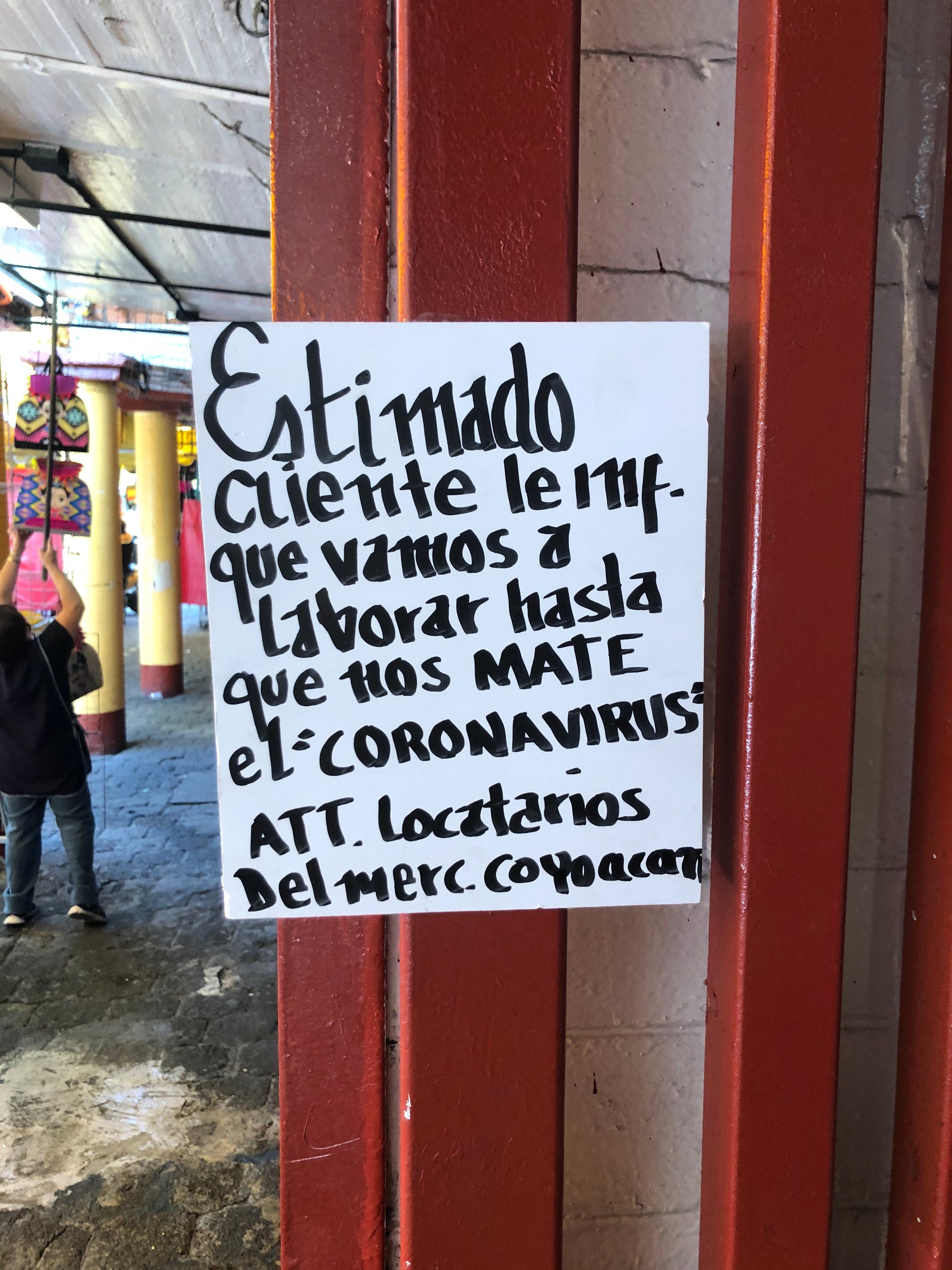 Among the first reported covid cases in Mexico are prominent businessmen who were skiing with their families in Vail, Colorado. On March 15th, the millionaire José Kuri, cousin of one of the richest persons in the world, Carlos Slim, was reported dead due to the virus, after catching it on a skiing trip. Then, as what happens with Mr. Burns in The Simpsons after he is shot and is first pronounced dead at a public hospital, his condition improved to “alive”, and reportedly is still battling the illness. On the same plane back from Vail, travelled Jaime Ruíz Sacristán, the president of the Bolsa de Valores, Mexico’s stock market, who died of the virus on April 12th.

After learning of the first cases of Vail-linked infections, the Government of the State of Jalisco began to frantically search for more than 400 people who had travelled on charter flights, on trips that are estimated to be worth around 6000 dollars. There was some uproar due to this, as one prominent businessman celebrated a birthday party for more than 100 people, attended among others by the tenor Plácido Domingo, and many more, while knowing they were in danger of having caught the virus in Colorado. Many of them had also travelled to their weekend country houses in nearby towns, putting their workers and others at risk.

In another example of the Mexican elite’s response to the virus, an audio recording of a girl with a very posh accent circulated widely through WhatsApp: the girl invited people to join a party which would take place on May 23rd, with the intention of spreading the virus between attendees, so that “all of this would be over quickly, plus you also have a good time”. The cost of the party was 1500 pesos (about 70 USD), and it included drinks, “obviously of very high-quality”. The authorities downplayed it as a prank, but it wouldn’t be in any way out of line with what can be expected from the Mexican rich.

As the lockdown is set to begin, I get a call from a Cuban friend who has just returned to Mexico, asking if he and a friend of his that will arrive from Miami, also Cuban, can stay for 3 days while they move to a room in an apartment they have agreed to rent. For some reason their previous deal falls through, and they end up staying almost a month.

For my birthday, March 30th, another friend gifts me a chocolate with hallucinogenic mushrooms. We eat it along with some beer and experience manic bursts of laughter. We then numb down somewhat so we decide to see a Radiohead 2009 concert in Prague, which is fully uploaded with great quality on YouTube. I’ve seen it about a hundred times, including once with David Keenan the last time he was in Mexico, while very high on some very good hydroponic weed. We become hypnotized as much by the lights as by the music, and my friend becomes very moved by “Reckoner”. He’ll listen to it obsessively the rest of his stay here, even on headphones when the speaker on the living room is playing something else while we’re cooking or something.

For most of their stay, the Cubans live a junkie life of doing drugs and drinking at night, and sleep during the day. One day I come down at 9 am and they’re still up, drinking from a mezcal bottle which had been given to me by my siblings as a birthday present –of which I don’t get to sample a single drop. Snorting coke and talking non-stop,  they don’t even acknowledge my presence. As I’m cutting up some fruit for breakfast, I hear my friend telling a story about when he was a kid in Havana. He and a black friend of his went to the house of another friend, who was the coolest kid around as his family had somehow smuggled a Playstation to Cuba. The mother of the kid with the Playstation banned the black kid from the house, and even though he’s dying to play the Playstation, my friend joins him in solidarity and heads off with him. A few blocks away, the black kid tells him how stupid he is for not staying to play, saying that if it was the other way around, he would have in no way joined him in solidarity. My friend laughs at his own anecdote, concluding that he was trying to be a hero, and his act was partly motivated by the consciousness of this, and had thus ended up only passing for a fool.

One of the toughest balancing acts with regards to public policy has been how to announce and enforce lockdown measures, while taking into account that half the Mexican population lives hand to mouth, mostly through earnings obtained from the informal economy. Thus, when the measures were introduced, only essential activities were allowed to continue operating, but a stroll down any street showed that there were still informal stalls and markets, as many people had to make a choice between taking the risk of keep working and maybe getting infected or not having an income even to cover the most basic necessities.

This was perhaps best formulated by the tenants of the stalls of the Coyoacán market, a huge and very diverse market very near my home, where I get most of my food and groceries, which posted a sign that, in a mixture of dark-humour and stark reality, read: “Dear customer, we inform you we’re going to work until the coronavirus kills us. Sincerely, the tenants of the Coyoacán Market”.

Likewise, the couple who sells flowers in the corner of my street have not stopped working a single day. Luckily for them, in spite of the fact that the national lockdown was still in full-force, on May 10th, Mother’s Day, there was a big line of mostly men awaiting to buy flowers for their mothers, which would presumably be delivered in person. (Seven days later, on May 17th, was one of the highest recorded days of infections). Not even the coronavirus can compete with Mexico’s legendary collective Oedipus complex.

In his classic masterpiece, Life Against Death, Norman O. Brown writes that the toilet has long been a place for introspective reflection (he even claims that Martin Luther had his history-altering epiphany while defecating). Ever since I read that, whenever I remember I try to read some poetry or philosophy in the toilet. So one day I pick up Sylvia Plath’s Ariel, and somehow these verses from “Lady Lazarus” seem like a collective epitaph for the pandemic:

I do it exceptionally well.

I do it so it feels real.

I guess you could say I’ve a call.

On February 17th, as is well-known, Andrew Weatherall unexpectedly passed away; a foretaste of the loss and carnage to come. I only met him once briefly through Lee Brackstone at the Primavera Sound Festival, in Barcelona, some years ago, but Lee always spoke very highly of him, and after reading his moving eulogy (Andrew’s phrase there quoted: “If you’re not on the margins you are taking up too much room” impacted me very greatly), I began to listen in loop to Primal Scream’s Screamadelica, and still do so during the pandemic. If I had to provide an epigraph for the post-lockdown wishes, and the possibility of once again meeting friends and all, I think it would be the sampled dialogue from the film The Wild Angels that Weatherall included in his remix of Loaded:

Just what is it that you want to do?

We wanna be free

We wanna be free to do what we wanna do

And we wanna get loaded

And we wanna have a good time

That’s what we’re gonna do

We’re gonna have a good time

We’re gonna have a party.