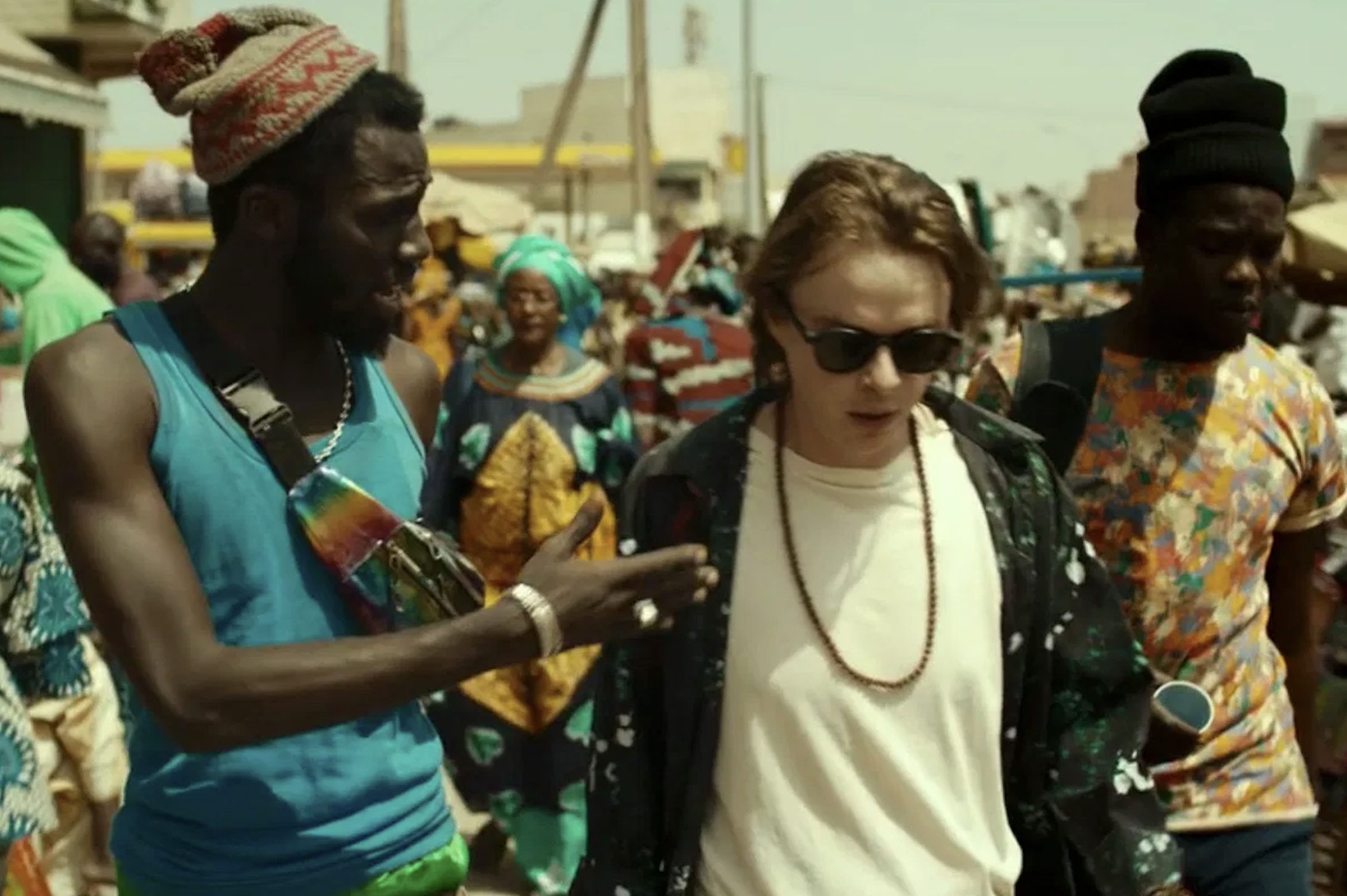 It’s been a while, hasn’t it? In the thrill of easing and the queue to get jabbed TV has taken a back seat, a rare thing around here for sure. But there remain some real gems out there to unearth.

You’ll need a fair chunk of time for this week’s first highlight. BARON NOIR, (Amazon Prime) runs to three seasons of eight-hour long episodes each which is some investment. You won’t be surprised to hear me say it’s worth every minute.

Steeped in French politics and engaging fully with the rise of the Front National, the collapse and splintering of the French left and the emergence of the administrative centrists, it’s a pretty straight political allegory of the dynamics of the Fourth Republic. If you liked BORGEN, you’ll like this.

As the hero / anti-hero Phillippe Rickwaert schemes his way through the slime of the political class, the series delivers a compelling central narrative as old as time, the pursuit of power and the sacrifices it requires. From this central theme, the writers deliver intrigue, tragedy, betrayal, and humanity in equal measures, developing and curating an expanding cast of fully formed characters that achieve that most difficult of fictional results, believability. Whilst so many political thrillers feel the need to create moments of high tension that move the drama into the realms of fantasy and soap schlock, BARON NOIR retains a confidence that ensures the everyday is remarkable and compelling enough to retain our interest.

Different power structures lie at the heart of Sky Atlantic’s latest journey into mafia territory. ZEROZEROZERO has a big budget scope, an A-List cast including Gabriel Byrne and Andrea Riseborough, and a high impact approach.

Focusing on the cocaine triangle that runs from Mexio through the US to Italy, the eight episodes run three interlinked stories throughout, following a single shipment of cocaine to link the continents and the players.

The splintering of the stories hampers the narrative a little, with the rise of Mexican narco warlord Manuel somewhat overshadowing the civil war amongst the Calabrian mafia and the travails of father and daughter Edward (Byrne) and Andrea Lynwood (Riseborough). Whilst the Mexican narrative develops fully, the Lynwood’s and the Calabrian stories suffer from a need to make jumps in development that leave a feeling of missed opportunities for some of the more complex subtleties to find space. If you thrilled to the immersion of, say, a NARCOS or a GOMORRAH, you may find this a little unfulfilling.

That said, the series is rewarding overall. Riseborough, who I haven’t seen in a major role since THE DEVIL’S WHORE, (though there have been plenty) is marvelous throughout, and Adriano Chiaramida, as Don Minu, the Calabrian patriarch, plays the role with the perfect balance of menace and regret.

Smaller scale gangster thrills are on offer via NETFLIX’s Danish biker drama WARRIOR. Following the return of Platoon leader CC from duty in Afghanistan following the death of a colleague, the six parter follows his recruitment by the widow of that colleague as an undercover officer to infiltrate local biker gang / drug kingpins The Wolves.

On the surface, WARRIOR is a straightforward thriller. Will CC get the bad guys, will they unmask him first? Yet there is real depth to this, with neat sub-narratives around belonging, masculinity, power, and ambition all jostling for position. Dar Salim once again impresses as CC, following his key role in BORGEN as Green Party leader Amir Diwan and a welcome second sighting in this guide for Lars Ranthe (also in GREYZONE) as gang leader Tom, who plays the part with a fractured machismo that brings the character to life in vivid, and terrifying detail. Not a man you would want to meet late at night.

For a change of pace, and some lightening of the load, AMAZON’s big release LEONARDO is worth your time.

The first thing of note is that Aidan Turner, forever cursed with being Poldark in the minds of many, turns in a performance as Da Vinci that burnishes his undoubted credentials. Whilst POLDARK was watchable guff, Turner was always capable of far more and proves it here, delivering a lead character of sensitivity and vulnerability throughout. He measures the otherness of Da Vinci perfectly, encapsulating the fragility of genius perfectly.

The other highly commendable aspect of the eight parter is the scripting, which uses Da Vinci’s interrogation as a narrative device to revisit the story part by part, sidestepping a linear story whilst avoiding over complicating the flow. With a, no doubt, massive budget that delivers a lifelike medieval Italy and a wonderful supporting performance from the new to me Matilda De Angelis as Da Vinci’s muse Caterina, this is watchable without being trite. A rare, good costume drama.

It must be the week for it as anther period piece impressed. BBC’s new version of THE PURSUIT OF LOVE follows their 2001 run across pretty much the same ground but titled LOVE IN A COLD CLIMATE. The latter seems to be off streaming services now, but both draw on Nancy Mitford’s novels that detail the growing pains of cousins Linda and Fanny as they take divergent paths to happiness, Linda rushing through romances and marriages, Fanny sticking with the one-man route.

The novels are shot through with acerbic wit, grotesque supporting characters and a sense of the collapse of the certainty of the British ruling class in the face of fascism, socialism, and the decline of Empire.

The new take is undoubtedly indebted to the likes of PEAKY BLINDERS in its soundtrack curation, (who ever thought that Psychic TV would appear on BBC Sunday evening?), and so adds to the new orthodoxy that says that modernization of period can be achieved simply by banging something out of place behind the action. Thankfully, it works, given that the novel itself, and the adaptation are far less about the moment of the setting and far more about issues and realities that are universal and timeless. With a particularly wonderful performance from the ever-brilliant Andrew Scott, twin leading roles delivered with panache by Lily James (last brilliant in THE DIG) and Emily Beecham and a barnstorming Dominic West as the father / uncle of the pair, this dodges what could have been another Bright Young Things vacuous outing and achieves a tender, funny and entertaining three hours.

That period of English literature was an undoubted influence on my last show for this week.

Sky Arts are developing a knack of outdoing BBC 4 at their own game with well thought out music documentaries. Which is a good thing given that BBC 4 look likely to produce nothing going forward – a scandal that we won’t go into here.

BLITZED! is touted as the story of the Blitz club, the Soho disco that launched the New Romantics on a grey Britain at the turn of the 70s. It is far more than that.

Via a raft of footage and interviews with all the remaining key players (oh for Steve Strange to have still be around to take part), the hour plus covers not just the two years of the club but the years leading up to it, a Britain that was colourised by Bowie, shocked by punk and crawled from a continuing post war malaise as a new generation took influences from the sweep of art, music, and culture to imagine a different country.

It helps that many of those interviewed are both eloquent and engaging in their tale telling. Martin Kemp of Spandau Ballet and manager Steve Dagger are especially insightful on the real impact of both the band and the club, whilst Boy George and Marilyn continue to fly the flag for the irreverence and individuality that lay at its heart. The real revelation is Rusty Ega, the DJ to Strange’s doorman, whose discussion of the music policy, reveals the real power of the Blitz, a break from genre, a desire to create new connections between music, and a passion for imagining and delivering a new pan European soundtrack that, you could argue, was a powerful background force in breaking the final shackles of little Britain in the minds of a new generation and a key factor in the new UK that we now think of as normal.

Thanks, as ever, for reading this and let me know if you’ve seen something I can see. Whilst going out is back on the agenda, watching TV is a constant!