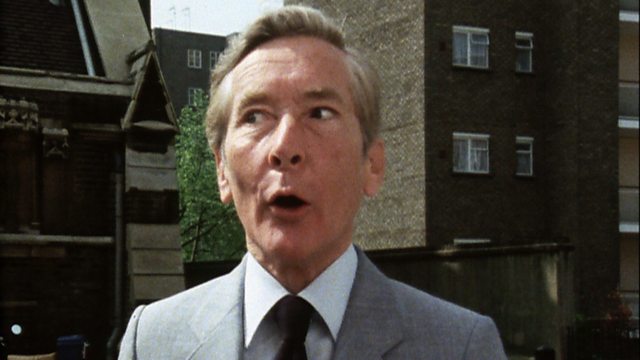 OK, so week three. Nice of the BBC to bring back Killing Eve, though I’m not feeling it like I once did – just me? – and a few big hitters including HOLLYWOOD set to land on Netflix (more on that in a week or so) but, fear not! There are still tons of undiscovered gems and the odd ‘did you miss it?’ to talk about. We could do this for months. We might have to.

I am not, as a rule, a big fan of soap operas. Whilst Netflix categorise CABLE GIRLS as just that, it is far more. Following the lives of four Spanish women who start work at the telecommunications company from 1928 through to the Civil War. Thus far, (I am still watching),  it majors on the conflict between the rampant chauvinism of the society and the awakening of modern women and their struggle for equality. If that sounds a bit heavy, don’t worry, it’s extremely watchable, a beautiful looking period piece with a sharp set of teeth. You may have to ignore the modern soundtrack now and then though.

Sharp everything is the defining characteristic of KNIGHTFALL, also on Netflix. Produced with the History channel, this was the second drama series from them, following the runaway success of VIKINGS, which if you haven’t watched and have Prime I would very much recommend if, like me, you are a fan of ‘The Vikings’ and other major studio 1960’s medieval movies. I’ve avoided talking about Vikings as I figure its hardly an unknown but you really should watch it if you haven’t..so much madness, so many tattoos and big axes, some lovely shots of Iceland……

Anyway, Knightfall is based extremely loosely on the history of the Knights Templar, a kind of Middle Ages precursor to ISIS, big on being warriors of God and not big on having sex and anyone who isn’t Christian – specifically of the Roman Catholic variety. Starting with the fall of Acre, the most important of the Crusader states  in the Middle East, it follows Landry de Lauzon, a standard flawed hero, back to France and a series of conflicts that veer wildly from the actual truth of the Templar story but are immensely watchable. As is now de rigeur in any costume drama post Game Of Thrones there is a fair amount of sex, buckets of blood, multiple scheming power play plot lines and, in Season Two the introduction of Luke Skywalker himself as a veteran Templar charged with bucking the young uns into shape. Hammill is great value to be fair, taking on the Yoda role with relish and swinging a sword with full light saber effect. Extra points for Jim Carter, who plays Pope Boniface as an avuncular schemer. You won’t learn anything about the Templars but not everything has to be Reithian does it?

Staying in the middle ages, a final Netflix drama, CATHEDRAL OF THE SEA, follows the travails of Bernat and his son Arnau as they try to survive in the mean streets of Barcelona, a city periodically convulsed by religion, rebellion and power struggles amongst the local gentry over two decades as the immense Santa Del Maria Del Mar is built. As with Knightfall, this has something of the MGM studios grand drama about it, big story arcs of love and loss, crushing poverty, steep rises to prominence and sudden falls from grace propel the plot along at a fair clip but, crucially, the scripting and performances make you care about the characters and frequently resist the temptation to pick the obvious next plotline. And, at eight one hour episodes, it does so without the fat that seems to be the defining characteristic of so much TV drama at present.

Shifting from the medieval to the modern, THE LOOMING TOWER on Prime is based on the remarkable ‘The Looming Tower: Al Qaeda and the Road to 9/11’ (Lawrence Wright). Taking down the sudden shock narrative of the World Trade Centre and Pentagon attacks, both book and series chart the multiple missed opportunities to stop Al-Qaeda due to the turf war between the CIA and the FBI. If you have read the book, the series brings that compelling narrative to life beautifully, if you haven’t, you get a double bonus; the truth itself, which is mind boggling at times, and a brilliant cast performance, with Jeff Daniels and Tawfeek Barhom deserving particular praise.

Occupying a similar geographical and political area, the BBC has (very wisely) returned a few recent(ish) dramas to IPlayer during lockdown of which THE HONOURABLE WOMAN is a stand out. Starring Maggie Gyllenhaal, which is pretty much a decent reason to watch it without any further discussion to my mind, what could be a standard political thriller with spies, Israel and terrorists / freedom fighters (see last week’s discussion of FAUDA if that doesn’t make sense) plays out as a complex and intricately plotted dance between the personal and the political. Along the way it develops a nice line in hypocrisy and manages to tread the right side of conspiracy theory whilst making it very clear indeed that those in power regard their populations as collateral damage as and when the mood suits.

Disposable populations were very much the raison d’etre of the cold war and East Germany in particular so, whilst I figure a few of you will know this, I am going to flag up DEUTSCHLAND 83 and 86, both on 4 On Demand. The first series (83) follows the journey of a recruit to the East German police into the secret service, the HVA, and his work in the West, the second (86) moves to South America as East Germany starts to feel the pinch of glasnost in the air and compromise lofty ideals for economic survival. Alongside massive praise to whoever costumed and scene designed, both series epitomise the German knack for reappraising their recent past without needing to find absolute truths. Whilst a US (or even UK) take would struggle to avoid a triumphalist Western narrative, there is a nice line in recognising the flaws on both sides of the wall and laying bare the tragedy that affected everyone in Germany to some degree, especially in Series One. A third series, set in 1989, looks likely to land on Amazon later this year.

Sticking with German but shifting to Austria, BBC IPlayer is home to another overlooked gem in the shape of VIENNA BLOOD. Moving on from Netflix’s Freud, which I hope you have now watched, Max Liebermann is a student of Sigmund solving crimes as sidekick to Polish detective Oskar Rheinhardt. As with Freud, the murders are inherently psychological and complex in nature, anti-Semitism abounds and the tone (and setting) is overwhelmingly dark and foreboding. If, like me, you are a devotee of the Holmes school of crime drama as opposed to say, The Sweeney approach, you will love this. With only three ninety-minute episodes to enjoy, the only downside is that its over all too soon.

I’ve yet to really talk much about the richness of Dutch film and TV but a couple of films on Netflix are definitely worthy of your time. Both are set during the war, understandably a favourite subject given the occupation, and both are based quite strictly on true stories.

THE RESISTANCE BANKER tells the story of Walraven van Hall, a banker whose ingenuity and bravery allowed the funding of the Dutch resistance. The story is, in itself, both awe inspiring, a timely reminder in these days of Brexit that we didn’t win the war singlehandedly and genuinely inspiring, reminding you of the power of good people to do great things.

RIPHAGEN is the flip side of the coin. The true story of a Dutch gangster and member of the Dutch Nazi Party who made a fortune during the war, to reveal more would spoil the film. As with The Resistance Banker, the brilliance of the film lies in the performances, Riphagen is not a one-dimensional baddy anymore than van Hall is a knight in shining armour.

If that puts you in the mood for something a little more serious, then I heartily recommend IPlayer’s SPOTLIGHT ON THE TROUBLES, an exhaustive history of the Irish question starting from 1973 and featuring a host of journalistic voices and reams of archive footage that tell the story of Ireland and its conflict from the Derry riots to the Peace process and beyond. It’s not an easy watch at times, especially for anyone who remembers some of the key moments, and the interviews with members of paramilitary organisations and the victims of their attacks can be harrowing. Yet, as someone who finds the ‘Troubles’ both fascinating given their proximity to home and bemusing, given the levels of hatred and sectarianism that seem out of place in a modern society, it is the most comprehensive guide I have seen to date.

We don’t want to end on a down so a peculiarity and a gem for the final send off.

THE GHOSTS OF OXFORD STREET, originally shown on Channel 4 on Christmas Day 1991 but now on 4 On Demand could function as a Dad’s Army for my generation. Joining Malcolm McLaren (RIP) to celebrate London’s premier shopping route are Kirsty MacColl (RIP), Leigh Bowery (RIP) and a, frankly, motley / bizarre cast to sing, dance and arse around with the loosest script imaginable that, at times, looks like it wants to be Derek Jarman (errm..RIP). If you like McLaren’s sneery delivery and general Fuck you ness then it’s a gem and, given that you get Tom Jones dressed as George Selfridge singing ‘Money’ and a properly out there Happy Mondays version of ‘Staying Alive’ that’s worth the effort on its own, it’s a curio that might entertain.

Lastly, a personal favourite. I adore Carry On, Just A Minute and, therefore, Kenneth Williams is something of a god in my house. To find his COMIC ROOTS on IPlayer this week was therefore a moment of pure joy. Williams struts around his St Pancras upbringing, telling tales of music hall and Auntie this and Uncle that in his unmistakable nasal voice and, as ever, somehow manages to bring a sense of pathos to the whole. Amongst the dirt of council estate life are the songs from the music hall and the tales of ordinary life, filtered through that razor sharp mind, that created one of our finest, and most missed comedians.

As ever, let me know if there is anything you’ve seen I should know about – thanks to those who have done so already. We’ll be revisiting the Russian revolution from a family perspective, uncovering plots in Australia, journeying into a galactic future with some really bad accents, revisiting one of Margaret Atwood’s lesser celebrated novels via a new(ish) adaptation and going back to Mexico where, as ever, drugs and corruption are rife.