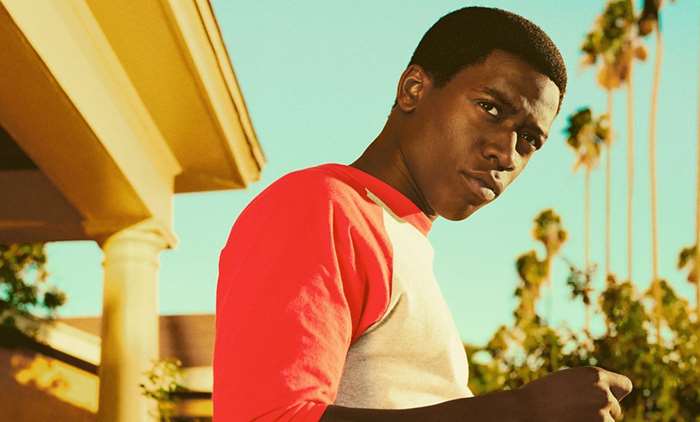 In a move akin to giving the role of brewery tour guide to an alcoholic, last week I was given six months free NOW TV whilst buying some insurance. Appropriate thanks to Confused.com (other comparison sites are available) and I now hope for a similar deal from an opticians as more viewing time has been the inevitable outcome.

What this did mean was that I could finally settle down to enjoy BABYLON BERLIN, a recommendation from more than a few of you. And, you were all right. What a joy this is. A German noir beginning in the Weimar heights of 1929, a booming economy and a sense that Germany was finally moving away from the horrors of the defeat of 1918, rapprochement with France and a new sense of a democratic entity, the whole thing is edged with the darkness of organised crime, rampant poverty, political instability and high level corruption.

Avoiding the obvious pitfalls of flagging ‘THE NAZIS ARE COMING’, in fact they barely feature until Season 2, the genius of focusing on day to day police travails whilst developing multiple, wonderful plotlines for a host of engaging characters, the series is a perfect expression of historical fiction as fact, shot through with all manner of beautiful touches. From the opening window technique that is pure Saturday matinee Flash Gordon for each episode, through the reimagined cabaret standards courtesy of Bryan Ferry to the Fritz Lang inspired (and historically perfect) sense of futurism in both set design and  a wonderful film production plotline in Season 3, this is pretty much damn near perfect in all ways. And relative newcomer Lisa Liv Fries as Charlotte Ritter offers a captivating performance that I could re-watch forever. If you have not got Sky / Now and you need to reinsure, you know what to do.

If you fancy following the history then a couple of film options give similarly interesting German perspectives on the catastrophe that is just around the corner from Babylon Berlin’s current time scale.

EDELWEISS PIRATES  (Amazon Prime) takes the story of a lesser recognised form of German resistance to the Nazis and creates a captivating human drama. The Edelweiss Pirates were, in essence, the anti-Hitler youth. Dropping out of school at 14 and evading compulsory recruitment into the Hitler Jugend, they formed loose coalitions of opposition, living on the outskirts of society and taking every opportunity to attack both the Hitler Youth and, during wartime, the Gestapo and other state forces.  From this source material, the film builds a sharp narrative as things reach the crunch point of 1944 with the Nazis in retreat and all opposition to their rule being met with a brutal and immediate response.

GERMANY PALE MOTHER is a classic of German cinema that, frustratingly, seems to bounce on and off PRIME for fun but is worth bookmarking for when it, inevitably, returns to the service. Be warned, this is not an easy watch, but it is one of the best expressions of the real victims of war I have seen. Focusing on Lene, a woman whose journey from happy bride to darker places mirrors the war and sketchy post war German recovery; a recovery built on selective memory, trauma and disfunction. It shares many themes with another female focused PRIME offering in the awfully retitled 3rd RECIH MOTHERS – IN THE NAME OF THE MASTER RACE which was originally the far more sensible ‘Against Their Will’, the tale of two Alsace women transported to Germany and re-educated to become good Nazis whilst also being put to work in armaments factories. This is glossy harrowing in comparison to Pale Mother; to be fair anything is glossy compared to that – but a decent and intelligent piece of storytelling that adds to the canon of female perspectives and experiences during WW2.

Coming back to our times, NETFLIX has two film offerings that, were they not in Spanish, would surely be in blockbuster territory.

THE INVISIBLE GUARDIAN and follow up THE LEGACY OF THE BONES follow Amaia Salazar, former CIA agent, Spanish investigator and child a disturbed upbringing investigating (in the first instance) a serial killer in her hometown in the Basque region. A deep, dark and intelligent crim thriller with a nice psychological edge and all manner of interweaving plotlines and subtle under currents, the real power of both films lies in their willingness to not follow a straight procedural format and allow the atmosphere and culture of the Basque region, a sense of the supernatural and conflicted Catholicism to permeate into the whole. It makes for both a gripping, standard thriller watch but also a more contemplative, rewarding experience, meaning that you aren’t just focused on whodunnit and why but are drawn into these small communities and the strange and ancient echoes that drive them.

Whilst we are on strange and ancient a word on BRITANNIA, Jez Butterworth’s reinvention of Roman Britain through the lens of late 60’s psychedelia and up to date swearing. Unfairly categorised by many on launch as an exercise in pushing taste and lauding drug culture through its love of psyche tropes, the launch of Season 2 made me go back watch from the beginning again (I had NOW once before) and see the whole thing in a very different light. In amongst the moments that got the attention (sex, drugs, violence), is a superbly thought out expression of a sense of a different type of national identity. The cynicism of Rome, embodied in David Morrissey, the defiance of the Druids, the wavering loyalties of the tribes and their internecine conflicts, the stubborn modernism of ‘messiah’ Cait, this is a long way form the ‘Brilliantly bonkers’ style reviews it attracted. You could almost say it’s a very clever way to suggest that warring regions, centralised power delivered through force and dissemblance and the only hope being the resistance of youth to all the bullshit flying around is not there for entertainment but to tell us something about our current times. Or you could just watch it for eye candy. That would work too.

A similar take could be taken with HUNTERS, Amazon Prime’s recent big launch featuring Al Pacino and, according to them, inspired by real events. Which is where they hit the problems. Yes, there were indeed Nazi hunters operating in the 70s beyond the Wiesenthal centre, but its fair to say that they weren’t 70’s pastiche characters with comic book back stories. Cue critical destruction aided by more than a few alt-right voices taking the opportunity to wheel out Jewish media conspiracy lines that are as old as the very characters being hunted.

All of which should be food for thought for Prime’s PR department given that ‘Hunters’ is very good indeed. Firstly, in its creation of mid 70’s New York, secondly in the grouping of young characters that play well off each other and have you rapidly invested in their life stories, thirdly in Pacino’s performance throughout which is masterful and finally in a great, driving narrative that thunders through beautifully. The whole is essentially a comic book expression and, taken on that basis rather than as a factually based reinterpretation, it succeeds admirably. Like all the best comic books, it also manages to make numerous serious points of a political nature, deliver genuine emotional depth, and support a compelling narrative throughout.

Jumping a decade or so, SNOWFALL on BBC IPlayer, has a similar brilliance in recreating the Los Angeles of 1983 as the first crack epidemic falls on the city. Following the rise of small time drug dealer Franklin Saint against the backdrop of CIA deals in South America that (we now know) flooded the US with cocaine, drug cartel machinations and the struggles of the older generation to keep order as money flows to young hustlers, the series is a powerful exploration of the US government approved strategy to destroy black communities in order to support contra wars in far off places and the collapse of those communities as the drugs and drug money take hold. . There’s plenty of heart in there as well, this isn’t a sledgehammer piece of political tv, and big dollops of moral ambiguity but in the moment of Black Lives Matter it seems undeniably appropriate in framing greater understanding of how the black community was marginalised by those in power. With three series all now available via iPlayer it is also a meaty piece of tv to keep you occupied for the foreseeable.

A final drama for this week also on iPlayer and steeped in secrecy.  MRS WILSON originally aired in 2018 but has returned to the service along with a chunk of other BBC dramas. Let us assume Britbox isn’t quite doing the business and move on shall we? Genuinely based on real life, Ruth Wilson plays her grandmother, a woman who, on her husband’s death, discovered that she was not the only Mrs Wilson. From there a story of official denial, secret service intrigue and duplicity on a grand scale. Over a three-part series we twist and turn as multiple possible truths appear and vanish as the key Mrs Wilson traces her husband’s lies, confronts the secret service and battles to keep the love and trust of their sons.

One last thing for this week. I always found the Black Panthers fascinating.  A genuine and thought out response from a community literally being placed in opposition to their governance, the formation, strength and growth of a movement designed to create an alternative system for the oppressed can’t fail to inspire a teenage mind. With time, I have gained deeper understanding of both the circumstances that dictated the creation of the Panthers and the conflicts that would inevitably lead to their demise. STORYVILLE – THE BLACK PANTHERS covers the whole arc in a suitably impressive way, (the Storyville strand is never less than perfect) and, whilst clocking in at 105 minutes isn’t a short watch, is indispensable in adding to the understanding of BLM and the debate around what actions work and what don’t.

All of which should manage to keep you going now you can book time at the pub and do the odd art gallery, I guess. As there are no gigs, I am thinking of doing a round up of the masses of music TV out there for next week but, given my new channels, maybe not. As ever, if you think I’ve missed something others would enjoy, do let me know.