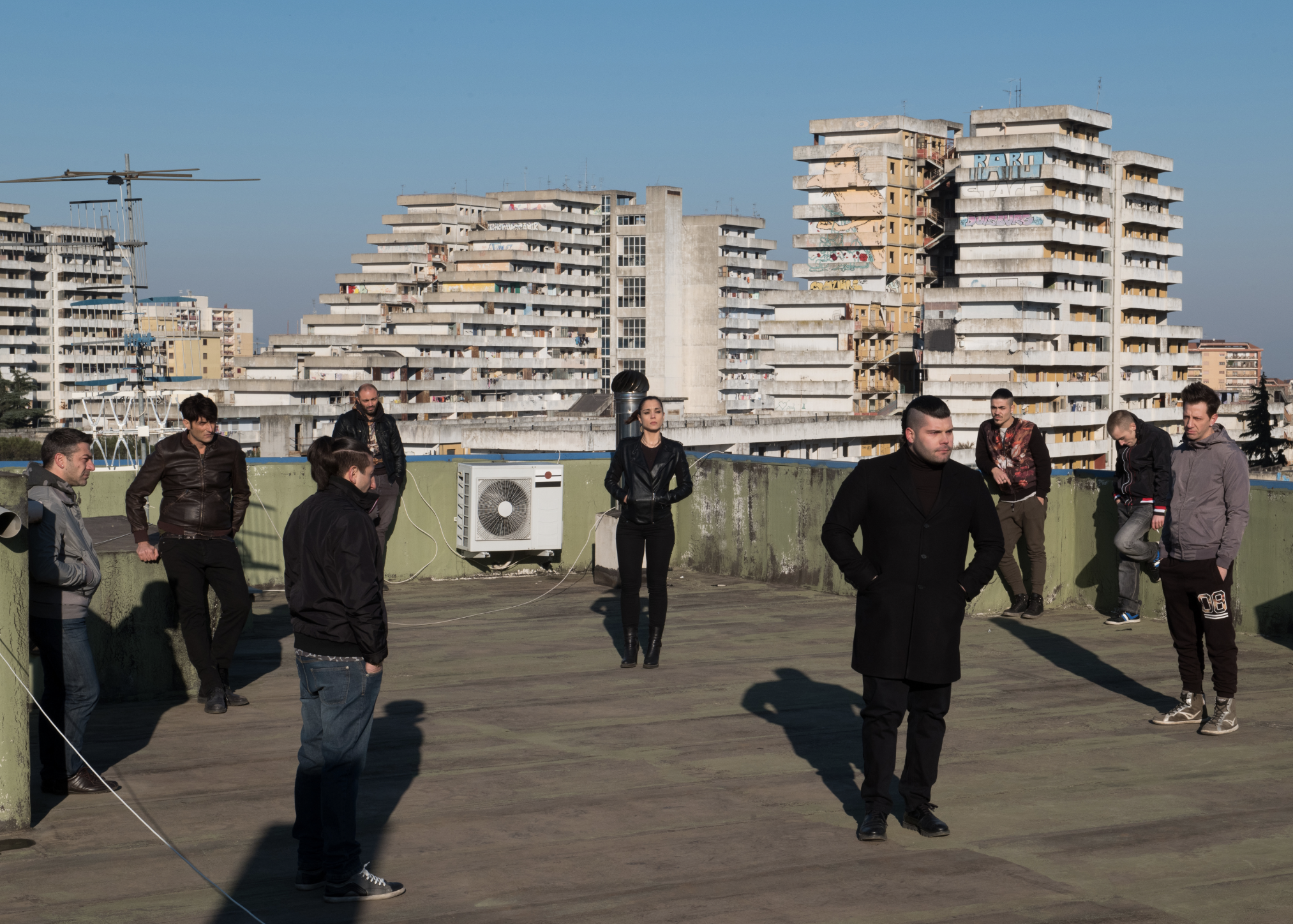 As the weeks drag on and everything apart from the things I care about seems to open – no gigs, no theatres, cinemas replaying stuff I’ve seen a million times – I find myself getting pulled back to earlier times and, indeed, imagined times.

There has always been something irresistible to me about the late 60’s / early 70’s American period. The chaos, the colour, the threat of insurrection and revolution, the culture clash, all feed into an imagined idea of being truly alive. The contrast with my current day to day is profound.

So the appearance of MRS AMERICA on BBC’s IPlayer couldn’t be better timed. Drawing heavily on the perfect set dressing made vital by MAD MEN and featuring star turns from Cate Blanchett, Elizabeth Banks, and John Slattery, who was, let’s face it the real star of MAD MEN as Roger Sterling, we are whisked off to 1971 and the bitter battle for America’s soul fought between feminists and ‘home-makers’ over equal rights legislation in a tale that draws its inspiration from the truth but, as ever, embellishes it somewhat to add more frisson and excitement.

That may sound a bit dry but fear not. What you get is a barrage of narrative arcs, smart dialogue, exemplary performance, and tight scripting to create a classic ‘just one more before bed’ box set. Beyond such high entertainment value, you also get a piece of television that is directly relatable to modern day America, the swing politics of the early 70s, whether gender politics or racial politics, continue to play out in Trump’s USA; indeed, some of the ‘home-makers’ feel like they have landed direct from a Trump rally. It’s a clever piece of modern commentary disguised as historical fiction, yet more brilliance from Blanchett, who produces, and up there with the best of them. Talking of which, if you are the only person who hasn’t seen MAD MEN, it’s now on AMAZON PRIME and you need to sort that out sharpish.

Drawing on America’s nightmare present seems to be very much in vogue given that NOW TV have just launched HBO’s THE PLOT AGAINST AMERICA. Based on the Philip Roth novel, this is the latest alternative history dystopia to follow AMAZON’s rather fine THE MAN IN THE HIGH CASTLE and the BBC’s (now on NETFLIX) less engaging SS GB. Nazis seem to be a key topic for TV at present, it’s almost as if we are looking for warnings from history, but The Plot Against America is focused solely on the US; no mass rallies and goose stepping to be seen aside from actual newsreel footage.

Centred around the impending sense of catastrophe enveloping the Newark Jewish community, the action is almost exclusively domestic. The rise of Charles Lindbergh on an anti-war appeasement ticket creates the catalyst for America to take a very different path as the 1940’s unwind, suggesting a different outcome that is not too far from possible for those who have read around the US agonies over getting entangled in another European war or seen the footage of the American Nazi Party rallies of the late 30s. This is less Nazi porn and more an elegantly thought out study of how anti-Semitism, prejudice in general, permeates Western culture, how confrontation is sometimes the only answer and how fragile the US ideals of freedom and democracy remain in our present time.

In that light, a perfect end to a triptych of the US right lies in VICE, which is free to those of you with Amazon Prime. Christian Bale teams up with Amy Adams – the dream team that starred in AMERICAN HUSTLE, one of the greatest films ever made (pay for it, you won’t regret it) – to chart the fall and rise of Dick Cheney, attack dog of the Bush Republicans and the real president while little George was reading books upside down and spending time on the ranch.  It’s a pitch-dark comedy, unafraid to play with narrative convention, and, despite the howls of protest from the right on its release, a fairly direct telling of the events.

If you don’t know the Cheney story then this is the best and quickest way to get up to speed on the man behind the Afghan and Iraq wars, the ongoing use of US military might to further corporate interests and the rise of alt-right media. If you do, then sit back and enjoy the horror of the march of the unprincipled and cynical to the power centre of the world’s (then) pre-eminent nation. Watching it last week, it occurred to me that, without Cheney laying the ground for him, Trump simply would not have got elected. Which is interesting and depressing in equal measure.

Unprincipled and cynical could be the by-line for BOARDWALK EMPIRE, available in its entirety on NOW TV. Launched in a blitz of publicity as the ‘next Mad Men’ in 2010 with Scorsese in the producer’ chair for the pilot and Steve Buscemi and Kelly MacDonald heading up a heavyweight cast, the fuss died down quickly despite a slew of award nominations and it is rarely talked about alongside the likes of The Wire, The Sopranos, Breaking Bad and, yep, Mad Men in the greatest box sets conversations.

Which is plain wrong, frankly. If only for Buscemi and MacDonald’s performances this deserves that status, Buscemi being remarkable in the central role of Irish mobster turned key prohibition kingpin Nucky Thompson from the first frame to the final scene. Throw in Michael Shannon as the FBI agent on Thompson’s trail, Stephen Graham stealing scenes as Al Capone and a host of others including Gretchen Mol and Vincent Piazza in a stellar cast over five series and you get a panoramic journey through a decade that changed America forever and continues to power US popular culture, from the concepts of freedom and wealth, and the recycling of the outlaw as folk hero, to how much can be sacrificed in pursuit of the American dream.

If you don’t have time for all that TV but do fancy some 1930’s gangsterism, Netflix’s LAWLESS is worth a watch. Based on the story of prolific bootleggers the Bondurant brothers, Gary Oldman and Tom Hardy lead the cast in a decent run through of a real life confrontation between the family and a corrupt US marshal, played with a deliciously cynical darkness by Guy Pearce. It’s more a visceral watch than a deep thinker, for that you need ONCE UPON A TIME IN AMERICA, which is now on Prime, the greatest gangster movie ever made and a sheer joy to watch, but it is very watchable indeed. And Hardy is broodingly magnificent as ever.

You could, of course, always go to the source for original mafia thrills. NOW TV is where you can find the whole of GOMORRAH, an epic tale of the clashes between gang bosses in contemporary Naples that spreads it wings over time to take in organised crime across Europe.  Centring on the relationship between old hand Ciro and protégé Genny as they battle for supremacy among the warring clans that control the drug trade in Naples, the five seasons open out into a panoramic dissection of organised crime, poverty, family and ambition. As the seasons roll by loyalties switch, newcomers challenge, kings and queens rise and fall, and much darkness ensues.

But what makes Gomorrah so wonderful, so watchable is not the cycles of betrayal, brutality, and bitterness but the establishment and development of a series of characters who, despite their behaviour, you cannot help but become invested in. Couple that with a sense of this being as realistic as fiction can be when dealing with organised crime; a quality it shares with NARCOS, covered in a previous column, and you have a truly remarkable piece of television. Whilst so many gangster and crime dramas feel a need to be constantly moving and murdering, Gomorrah shows a more rounded view of its character’s underworld. Given the propensity for gangster drama, see Sky’s recent (and underwhelming) GANGS OF LONDON, there is a high bar in really cracking it. Gomorrah does more than that, it suggests the blueprint for any future endeavour.

On a final note, away from all this gangster stuff, HANNA has reappeared on Prime for a second series. I covered Season 1 a little while ago but it’s worth a revisit as Season 2 is a definite upgrade on the first. Whilst that had moments that really jarred in terms of both plot and dialogue, Season 2 has really found its feet with a neat Children Of The Corn vibe around the group of mutant teenage assassins created by the darker end of the US security services for global kill missions. It remains perfectly watchable for older teens whilst not being unapproachable for us older types unlike, say, THE UMBRELLA ACADEMY., which lands squarely on the wrong side of comic book.

In that respect, it is much like GOTHAM, a great comic book style tale given greater heft and depth with some thoughtful plotting and decent character development. For those of us who grew up with Batman, Gotham is a rare thing, a genesis outing that feels right, doesn’t rip apart the given certainties and adds something to the saga. And Sean Pertwee as Alfred is a masterstroke. As a long summer holiday lands with lockdown still around in bits, those of you who want to spend time with teens but not actually talk to them might want to check either of these out.

And for those of us with younger children to entertain, TEEN TITANS GO! remains the best cartoon out there by light years. I especially recommend the ‘football’ episode and the ‘eighties’ episode which showcase the creator’s uncanny ability to package deep cynical humour in slapstick and, in the latter example, to take pastiche to new heights.

I’m guessing we’ll be huddled around the screens for some time yet so more to come, including witches, bandits, and serial killers as we journey back into the dark heart of Europe. As ever, tell me what I’ve missed if you want to.