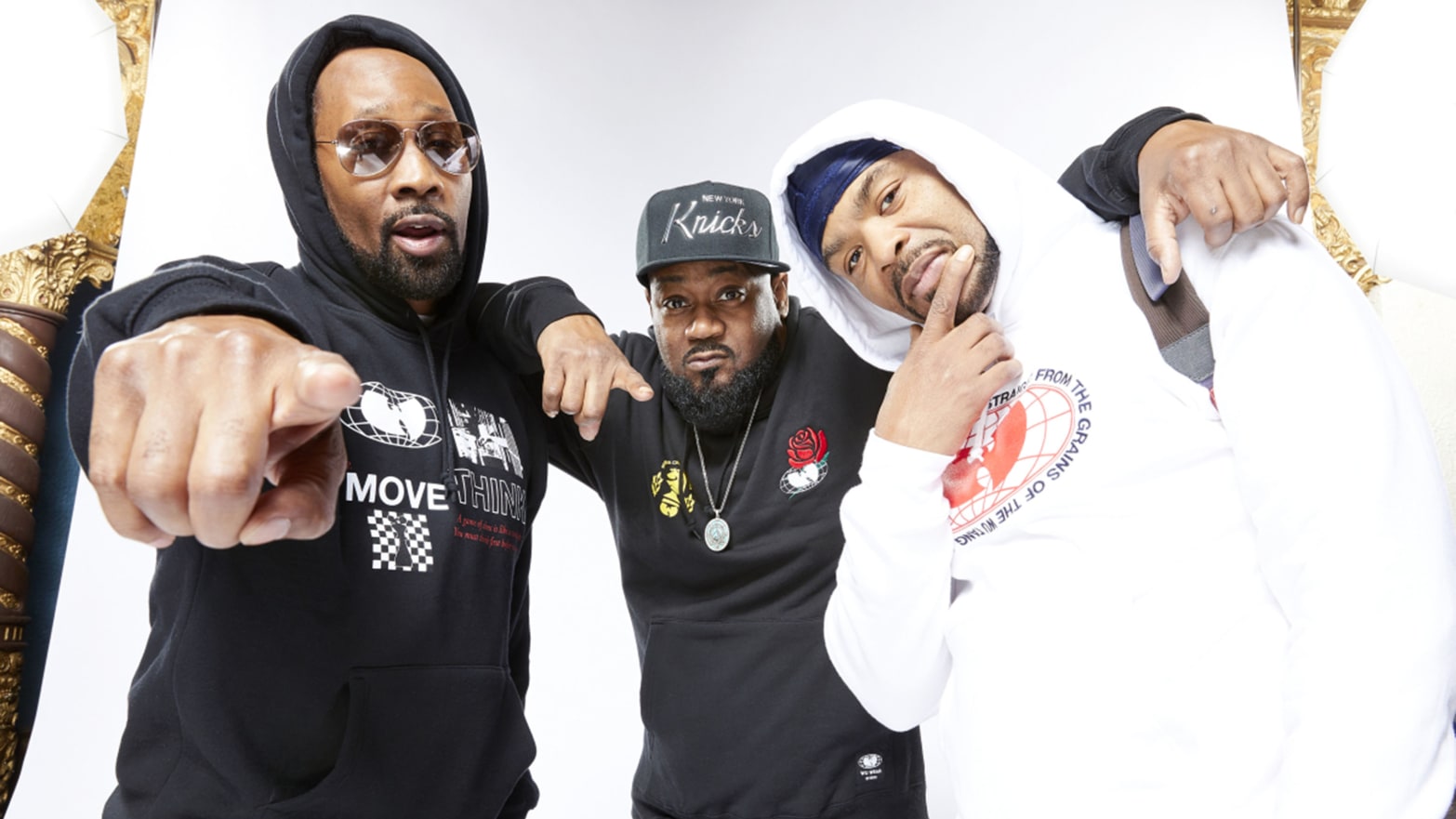 One thing that I have noticed whilst writing this guide over the last few months is how much TV output is reliant on crime. The detective story is by far and away the winner of the TV drama stakes and ubiquitous across all providers. Mostly, the stories themselves are replicants: washed up detectives, oddball detectives, alcoholic detectives, bad detectives, good detectives in bad forces and on and on.

So, my initial feelings on BLACK SUN (Prime) weren’t massively positive. Whilst it had an interesting set up, the chaos in Serbia, Macedonia and Slovenia wrought by the end of the First World War and the lingering presence of the remnants of the Russian Tsarist army complicating an already ethnically fraught boiling point, within ten minutes we seemed to be into alcoholic maverick detective territory as Detective Tane swigged his way through a murder enquiry.

Yet the key to making these things work is not originality – pretty much every variant of every angle has been tried – but delivering complexity and sub plot. So, by half an hour as Tsarists, bohemians, sexual liberators, and criminal gangs had entered the plot and made things decidedly murkier and grittier I was hooked.

BLACK SUN is part Russian TV’s take on my beloved BABYLON BERLIN, part gang driven Peaky Blinders but has that peculiar Russian blend of violence, explicit content and sentimentality that seems to be the hallmark of every Russian series I have watched to date. Excusing some moments of soundtrack schmaltz (Russian music supervisors have a lot to learn) and the odd ill advised slow-mo action sequence which is all a bit A-Team, what you get is an intelligent, elaborate, very much adult piece of work well worthy of your time with some superb supporting characters, my particular favourite being an anarchist painter who seems to embody the spirit of the 30’s and the concept of Mittel Europa as described to me via TS Eliot and David Bowie’s mid 70s work. A second series has just been added.

Moving across to Western Europe and time travelling back a couple of centuries, THIEVES OF THE WOOD delivers us into another moment of European turmoil as the War Of The Austrian Succession ravages what is now Belgium, then under French occupation. Based on the story of the Belgian Robin Hood, Jan De Lichte, the series treads an interesting line between the swashbuckling you’d expect from that raw material and a darker and more didactic social commentary, aimed at the present day as much as historical detail. So, we have plenty of rich folk doing bad things to poor folk, orphans being hunted for sex and brutality galore. Whilst, as so often now, there is a touch of ‘really?’ around some of this content, the Games of Thrones lore saying that anything historical needs some T and A to make it work for audiences, the level of sexual content generally on screen is such that we are not dealing with an outlier here. At the risk of justifying such content in both cases, there is at least a context of establishing the power imbalances at play, the total lack of morality and the sense of a society in freefall that is needed to make the core narrative; that of the dispossessed fighting back from their woodland base, believable. It won’t change your world but if you are a sucker for basic good vs bad story and have a thing for sword fighting (guilty as charged) then it’s a nice diversion with the odd salient point throw in.

As a brief aside, a similar argument can be made for BBC’s HARLOTS, which treads a nice line between serious point making and titillation that is at one with the age it represents and has just added a second series on IPlayer. As with Thieves, the real interest is not in the graphic displays of carnality but the power they represent and the weapons available to the powerless to fight back.

A far greater endeavour and one that has just returned to PRIME is HELL ON WHEELS, the epic tale over five series of the race to the Pacific by two railroad barons as told through the eyes of Confederate veteran Cullen Bohannon as he searches for the soldiers who murdered his wife during the civil war. Currently Seasons 1-4, 43 episodes, are on Prime with the remaining 14 (Season 5 Parts 1 and 2) on purchase but I figure that might change by the time you get there unless you have a very clear fortnight.

Across the 57-hour long episodes, HELL ON WHEELS delivers what I would suggest is the most comprehensive vision of the West I have ever seen on screen. With so much time and scope to develop narrative arcs, every element of the fundamentals that built America are in there; the fallout of the Civil War, the Indian wars and holocaust of the Native American peoples, the subjugation of women, the pull between civilisation and the wild frontier, the divergence and conflict of religions, ethnicities and nationalities in a land of immigrants is all focused around a core of key characters whose journeys mirror those of their nation. Anson Mount as Cullen is a magnificent, complex presence throughout, Colm Meaney is remarkable as railroad boss Thomas Durant and Christopher Heyerdahl’s Thor Gundersen is unnerving in the extreme. You even get Common playing Elam Ferguson and delivering an ultimately heart-breaking story arc. I’d get watching before PRIME have another of their mad moments and pull it again.

Also returned to screen after a baffling absence from NOW TV is WATCHMEN. I’m guessing this isn’t a new one for most but in case, like me, you went to watch it to find it wasn’t there, I thought it worth flagging. For anyone not aware, the TV series takes Alan Moore and Dave Gibbon’s ground-breaking graphic novel 34 years into the future, thus avoiding the pitfalls of previous attempts to bring it to the screen by referencing the original, unfilmable narrative in passing. It works well, unlike the 2009 film, (which is awful but on NETFLIX if you want to find out for yourself), and gets the essence of the novel whilst applying it to contemporary issues, in particular, the ongoing race relations mess that is modern America. Watching it now seems part warning, part documentary. If you did miss and can watch it, I would thoroughly recommend getting through it before NOW make it disappear again.

So, it was a pleasant surprise to encounter a series that is, yes, a tad heavy now and then on the heaving buttocks, but actually there to tell a far more interesting set of stories. Parallel with the nascent feminist discussion at the heart of the journey of lead character Lucy Savage are the colonial actions and xenophobia of the French in Morocco, the realisation of the colonialised that they can fight back, the decline of the great powers and the nature of desire, both overt and covert. In that respect, Hugh Skinner’s English homosexual trapped by money and circumstance is a standout, a performance that transforms what could have been a two-dimensional Sebastian Flyte knock off into a rewarding, sympathetic character.

Two non-drama moments that have made my week follow. I’m not a massive fan of the music documentary as a rule. That format so beloved of the genre that delivers a procession of talking heads recounting how they remember when etc seems to drain the life out of the music for me, whilst the endless repetition of the same stories – see BBC 4 and that Sex Pistols gig in Manchester – seems to mimic the music industry’s obsession with re-releasing the same albums, but a couple of new additions break that slog through mundanity.

The BBC’s SOUL AMERICA, on the evidence of Part One, seems destined to be a landmark piece of television. It helps when your subject matter is so compelling and many of your interviewees so immediately recognisable, but the willingness to put the music in context, the interviews with the reverend of the small church in Tennessee, are at the heart of why this works so well. Threading the story of the growth of the music together so perfectly, blending archive with interview effortlessly, it delivered an hour that reminded me why I love this music so much but also got me thinking; about its impact, its continued relevance and its construction.

NOW TVs OF MICS AND MEN takes a different road. The story of the Wu-Tang Clan has plenty of raw material that would excite any documentary maker but putting the members in a cinema to watch their archive and talk over each other about what really happened is a masterstroke; you get the dynamic between the members immediately which informs everything you watch from then on. The willingness of all of the Clan to talk honestly about their very real ups and downs is both notable and laudable and taking them back to their past – the GZA sweeping floors at the restaurant at the Statue Of Liberty is a moment – adds invaluable context and character. Given that the Wu-Tang aren’t over exposed that archive footage that can be so unrewarding in some cases has real power, early footage of rap battles and shows fizzes with energy and the large amount of time spent on the impact of ‘Protect Ya Neck’ is perfectly handled; I got the same thrill watching it replayed as I did when I first heard the track. If you’re a fan, it really must be seen.

To close this week something that is a little off the beaten track for most of us I imagine but core watching for a younger generation. Amongst the stars of YouTube, I have discovered a love of JAIDEN ANIMATION thanks to my daughter. For any Gen Xers out there there is more than a touch of Daria going on here (which you can revisit whilst wearing a plaid shirt thanks to NOW TV). A world weary, socially conscious, cartoon cynicism disguising a good heart and real humanity, Jaiden is both a clever storyteller and decent animator. Given that some of the cartoons cover her battles with bulimia and anorexia, this isn’t just cheap laughs but comes with some decent, and, for the father of a teenage daughter, very welcome content delivered via a trusted voice.

Which, after weeks of detectives, murder, heaving buttocks and sweary rappers is my takeaway from this column. The future is in good hands.

As ever, if there’s something you’ve seen which you think others haven’t and need to, let me know.