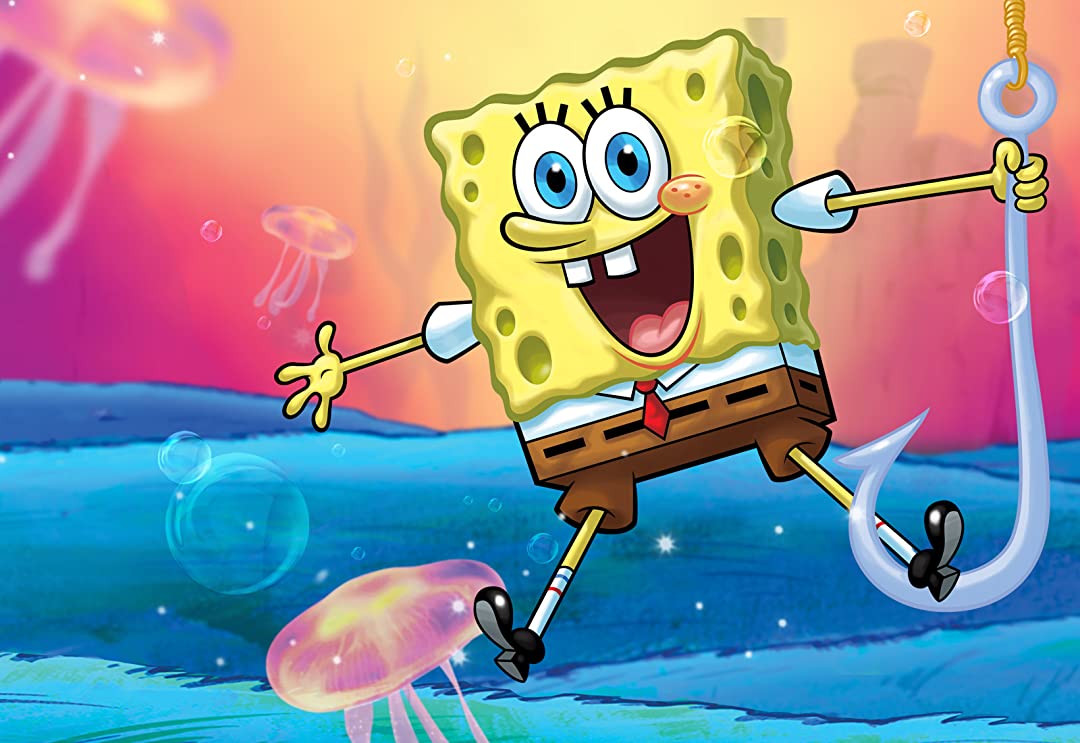 Purely coincidental but its all gone a bit ‘hygge’ at Wasted Towers of late. A preponderance of new and rediscovered Danish / Swedish TV brilliance means that this episode of the guide leads with three dramas from the lands of Andersen, Bergman, longboats, and shock European Championship wins (ask your parents).

Starting with the new, GREYZONE is a recent addition to the ever reliable Walter Presents strand on 4 On Demand. With a cast led by the mesmerising Birgitte Hjort Sørensen, (more of her later), the ten parter starts at a breakneck pace and doesn’t let up as a team of international terrorists plot a major attack somewhere in Denmark or Sweden pursued by a cross border team of cops and secret service types trying to catch up and stop the carnage.

It has moments of 24 in pacing, plenty of ‘Spooks’ style plotting, but the clincher here is the peripheral stuff that becomes central to the plot. The complicated relationship between Sørensen’s character Victoria and her tormentor Iyad, Iyad’s backstory and his burgeoning relationship with Victoria’s son Oskar, the layers of truth and concealment in both camps, all play into a series that very much enjoys the visceral opportunities of a cop drama but produces something far more rounded and thoughtful. It says much that, eight episodes in, I’m still not at all sure how everything will play out.

My first encounter with Sørensen was in the peerless BORGEN, originally shown on BBC 4 back in 2010 and now available in the complete three series run on NETFLIX.

Written by Adam Price, who went on to create the quite wonderful RIDE UPON THE STORM which I mentioned in a previous column and remains well worth your time, BORGEN is, if we’re feeling very lazy, the Danish WEST WING. Such a reductive take does it scant justice as, in truth, the thirty episodes represent not just a fully realised investigation of the way power twists and corrupts even the most virtuous but also serves as a powerful thesis on the inherent flaws of the Western political tradition and its inevitable failure to deliver the nirvana that politicians promise us to gain our support.

As with the more celebrated box set touchstones of our new TV world, the real wonder of BORGEN is how, as the episodes stack up, you become fully immersed in this alternative world of double dealing and realpolitik, the narrative arcs multiplying and intertwining to create a total world inhabited by vivid characters and compelling storylines. And, as with so many of the brilliant series coming out of Scandinavia I have covered here (OCCUPIED, NOBEL to add to the list), it shares that resistance to the pat endings and solutions so often too prevalent in US and UK programming.  It also gives more screen time to Lars Mikkelsen, whose turn as an economics adviser in Season Three reminds you that his tour de force in RIDERS ON THE STORM was just what he does every time the camera goes on. The guy is quite literally the finest actor on the planet.

To complete the Danish / Swedish triptych, full marks to the BBC whose latest lockdown recovery moment sees the first two (and best two) series of THE BRIDGE return to iPlayer. Given the fuss around this at the time and THE KILLING, (which seems to have vanished from all but the most niche services), it is likely you watched it but I would very much recommend watching again, as I am doing at present.

For one, knowing what will happen doesn’t lessen the impact and intricacy of the plotlines, which remain some of the best examples of how to create and maintain what is essentially a Sherlock Holmes chase narrative with a revolving cast of Moriarty’s. For two, the combination of Sofia Helin’s Saga Norén and Kim Bodnia’s Martin Rohde is mercurial. Helin encapsulates a modern take on the Holmes obsessive, spectrum detective, whilst Rohde, whose screen presence is assured and was pretty much the only thing worth watching in Season 3 of Killing Eve, plays a modern, world weary Watson with aplomb. Given a supporting cast that serve to illuminate the central characters and you have what, for me, remains the best serial killer series of the past two decades.

Let’s hope the BBC go back into the vaults again and recover both 1864 and THE KILLING soon.

Dragging myself away from Scandinavia and heading for something that, on the surface, looks to be all a bit, errm, surface, after various people, including this parishes own Robin Turner, told me about it, I finally gave THE BOYS a go.

Well, either my stubbornness or Prime’s presentation skills let us down here. What I had pinned as a daft superhero negative reboot is revealing itself to be a quite wonderful, cynical take on the collapse of US power and the modern need for heroes to solve our problems.

For those unaware of this completely, and I confess to being in that position mere weeks ago, THE BOYS is set in a contemporary US where superheroes are a part of the fabric of society. A core group, The Seven, inhabit a dual role as caped crime fighters and Marvel style celebrities and are led by the all American Homelander, a kind of Ken doll with laser eyes and superhuman strength brought life beautifully by Antony Starr. The sheen of perfection around these superstars is, of course, not a reality and we soon get to look behind the screen and see the reality of an all-powerful but, paradoxically powerless, gang constrained by their need for adulation, addicted to the power they yield whilst unable to break free of the caricatures created for them by their patrons, the sinister Vought Group.

Set against these bad goodies, The Boys are a ragtag bunch of vigilantes (good baddies?) set on exposing their hypocrisy with Karl Urban (Star Trek’s very own Leonard ‘Bones’ McCoy) leading the team as William ‘Billy’ Butcher.

THE BOYS is undoubtedly comic book, it is, after all based on a Garth Ennis and Darrick Robertson comic and has elements of PREACHER, another of his stories developed for TV by Amazon. It’s heavy on the WTF moments, loves gratuitous violence and is populated by comic book takes on masculinity and femininity. Why it works so well is in its constant glee in ripping apart those conventions, inverting and subverting everything, tearing away the mask to glory in a messy, fucked up world where there is no truth that holds and no perfection to be had. In the era of Trump’s America as the very idea of Western democracy flakes away to reveal the rust and holes beneath the once shiny surface it is the perfect requiem for the American dream. So, I’m a convert. Prime really need to think about how they present stuff…..

Sticking around a comic book world there was much air punching around my way at the news that DISNEY are about to launch a second series of THE MANDALORIAN. I know I’m hardly skirting the extremes of TV here but not everything I watch is off the grid and this Western space opera is a welcome reminder of what made Star Wars good before the various bloats set in.

THE MANDALORIAN is basically Eastwood’s The Man With No Name reimagined as The Man With No Face. A monosyllabic killing machine with a sense of right and wrong that almost calibrates to a rough sense of justice, the series echoes familiar Star Wars plotlines when the hero is lumbered with a mysterious child to protect, the baby Yoda that you must have seen across merchandise in ever high street in the UK. For someone like myself, who adores the widescreen West of classic Cowboy movies, this is a gem as the universe offers the widest screen. For film buffs / Star Wars nuts there is also a lovely bit of reference in an episode which is essentially the Magnificent Seven, aka Seven Samurai – a Lucas touchstone – recast into the Magnificent Two alongside all manner of familiar characters and bits of kit for us sad sacks to impress younger viewers with – yes, that’s an AT-AT from Empire….. October 30th is where we can pick up again.

Marking a definite change of tone, PRIME has a wonderful adaptation of CP Taylor’s play GOOD hidden away on its service. Starring Viggo Mortensen and Jason Isaacs with an early role for Jodie Whittaker, it tells the story of compromised University lecturer John Halder slowly giving in to the Nazis as they strengthen their hold on power through the 30’s. The play is a marvellous study of Burke’s maxim, ‘The only thing necessary for the triumph of evil is for good men to do nothing’ and, despite a critical battering on release in 2008, I would recommend it. Tracing Halder’s deteriorating relationship with First World War comrade, German Jew Maurice Gluckstein, the creeping pace of anti-Semitism and the dehumanisation of Germany’s Jewish community is perfectly handled, offering plausible reason for the persistence of the persecuted in staying in a country that increasingly seems determined to do them harm.

To finish today I’m going to pass on bigging up the SPONGEBOB SQUAREPANTS collection on PRIME which I’ve rediscovered courtesy of my kid, likewise my reconnection with THE SIMPSONS given our Disney subscription. I will mention in passing that the latest PIXAR movie on DISNEY, ONWARD, continues their knack of creating family films that have enough for adults to keep you watching whilst hitting four square where kids that haven’t hit moody teenage still find joy and is well worth a watch before moving to what, I think, is a landmark piece of radio that crept out over the last fortnight.

TWO MINUTES PAST NINE is a ten part (15 minutes per episode) look at the US far right. Beginning with the Oklahoma City bombing, it weaves back and forth in time, tracing the roots of the US far right and alt right and coming up to date to  try and understand both the current influence and potential of far right terrorism. Journalist Leah Sottile handles the narrative perfectly, putting the myths of America into the current context, understanding how the confluence of history, politics and religion create a potentially cataclysmic sense of warped manifest destiny in certain parts of the more extreme fringe of the US political spectrum. To say the piece is timely, in a week that has seen The Proud Boys catapulted on to front pages, is an understatement and for anyone who wants to understand how a supposed civilised country can admit armed militias patrolling streets and threatening all out civil war, it’s an essential listen.