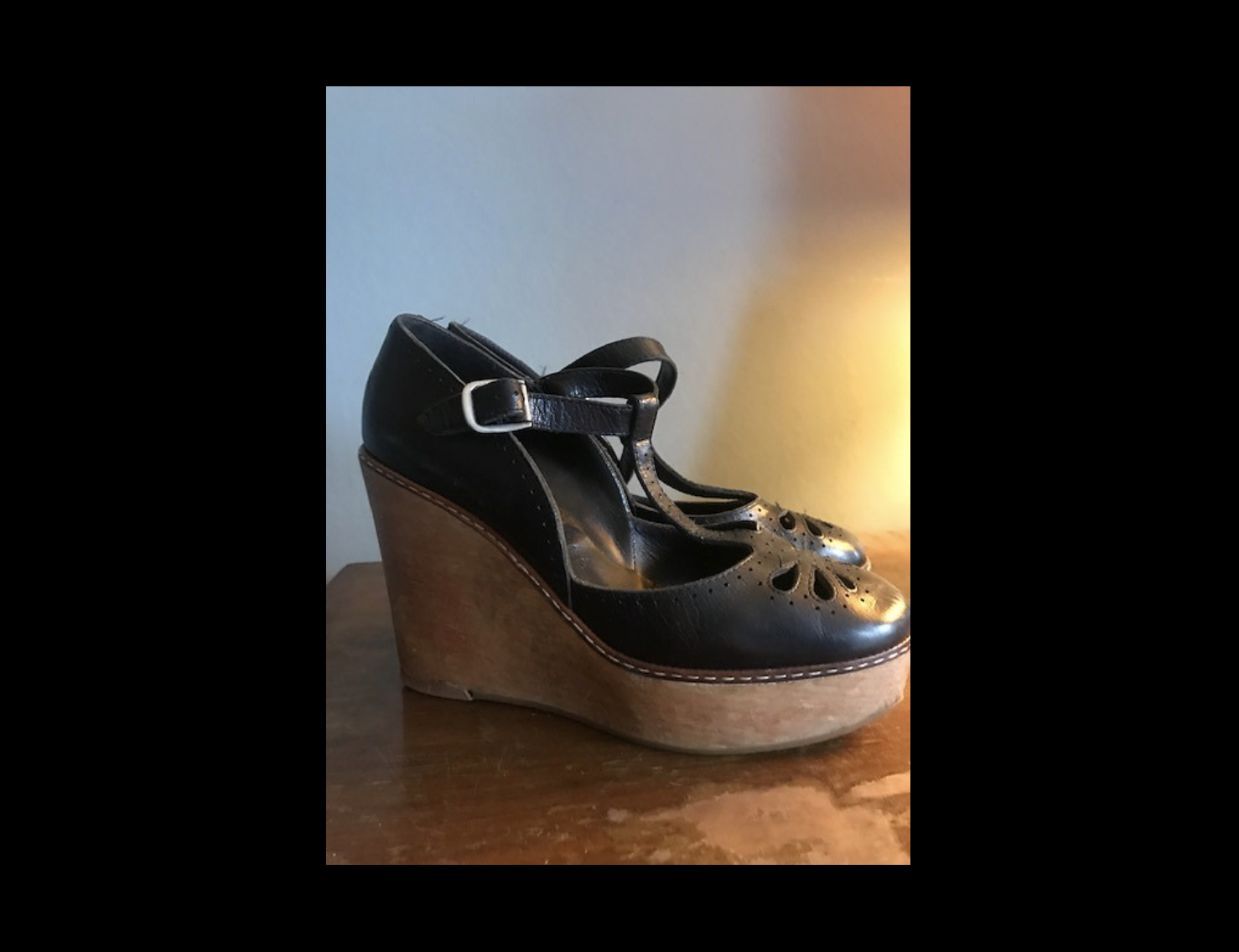 As a teen in the 80’s, I didn’t need Henri Bergson to explain to me the idea of objective and subjective time.  Sure, a minute was a minute, but how that time stretched, became elastic in the lesson where the teacher droned for forty minutes without stopping, or at the old relations’ house, where we sat quiet on a sofa for an eternity.  That hand crawled past those Roman numerals on the clock on the mantelpiece.

But nowhere did time move at a more glacial pace than at the church service.

I’m not anti-religion.  I’m with Hunter S Thompson on the subject.  “I have never seen much point in getting heavy with…Jesus freaks,” he said in Rolling Stone in 1976. “In a world as weird and cruel as this one we have made for ourselves, I figure anybody who can find peace and personal happiness without ripping off somebody else deserves to be left alone.”  But still, time crept so slowly during the Bible readings and Psalm singing, those long sermons with their tripartite structures.

It’s possible, though, to be graciously bored, and even inventively so.  During that lesson, stare out of the window at the weak winter sun and now look around the room.  You can blot out that tedious old guy with that ball of black, obliterate whatever he has scrawled on the board.  At the old people’s house, stare at the woodchip wallpaper until you can see things emerging from its bas-relief, birds and faces and horses.  In the pristine plainness of the church, there are still things that you can do, like count the number of diamonds carved into the wooden beam overhead.  There’s a poem, photocopied and sellotaped so carefully in front of every pew, and it asks everyone to extend friendship to others.  Why not practise reading it silently in different voices, Scottish, American, or like a robot?  Think of all the groups that you think of beginning with s

Siouxsie and the Banshees

But then suddenly there was no need any more for these strategies.  Opposite the hairdressers and butchers in the village, there was a place for girls, a type of young offenders’ centre.  It was the type of place used in lots of local parents’ threats.  Carry on like that and you know where you will end up, don’t you?

The girls from this place – sixteen or seventeen years old – started to be brought to the church every week.  They filled a pew which ran across the breadth of the church, with a woman from the centre sitting sentinel at each end.  The girls huddled close to each other, conspiratorial, whispered and sniggered through the prayers.  They rose to their feet more slowly than everyone else.  When they spoke or laughed during the hush, one of the women at the end would reach across to have a word with them.  I watched all this from the balcony where I sat.  I watched them from the moment they sat down.  I was a thirteen-year-old Peeping Tom, imagining what they were laughing at, what they had done that was so bad.

People congregated outside in little clusters after church.  I was able to see the girls more closely, survey their clumpy platform shoes and shapeless skirts, the leather jackets or the coats made of what looked like heavy, rough wool.  It seemed everything they wore was brown or black. They weren’t waifs.  They were hard and solid looking.  They looked anything but vulnerable, although that’s probably exactly what they were. The girls’ hair was short, ratty, and some had random clumps bleached peroxide blonde.  A sole person went over to speak to them: a young guy, friendly, open, only a few years older than me.  They pushed and shoved each other when he joined them, laughed too loud.

At that time, I bought records mainly from Woolworths.  I bought whatever was in the bargain bin and had a good cover.  Most of the time I had never heard of the groups and the singers.   The music was a surprise.  On the window of my bedroom, I had two large plastic stickers.  One was to do with cystic fibrosis.  A while before I had put a message in a wine bottle and thrown it into the sea at Whitehead in County Antrim.  Many months later, miraculously, it was found by a girl on holiday in Campbeltown, on the Kintyre peninsula in Scotland.  We wrote a few letters to each other and she sent me that fancy sticker when her school had a fundraiser for one of her classmates with cystic fibrosis.   I sent her ‘Return of the Los Palmas 7’ by Madness.  The other sticker came free with the Mo-dettes album, one of my more successful purchases from Woolworths.  I wondered if that was the kind of thing that the girls would listen to, in their reform centre.  Almost certainly, it wasn’t.

Let that elastic time catapult us to 2006.  I was flicking through a mag and came across an advert for the fashion brand, Chloe.  I noticed it initially because the two models had the same Peter and the Blizzards style blonde hairdo as me.  They were striding across some Italian piazza in beautiful clothing. And then I noticed what they were wearing on their feet: clumpy wooden platforms, inelegant really, with a punched leather decoration and a T bar strap.  To my mind, they looked out of place and time on those models and their Milan milieu, or wherever.  They were so very much more in keeping with the girls from the reform centre in the church. 1981.  These shoes were prohibitively expensive but I knew that if I bided my time, they would come up eventually on eBay.  It took a year or so but then, there they were.  I bought them reasonably cheaply from a seller in Texas.

Those girls became women long, long ago.  Some may be mothers, grandmothers. Some will be dead.  Maybe I have passed them in the street, those peroxide fringes now dyed the softer shades of middle age.  I wear those Chloe platform shoes probably once every two or three months. I have to use the light on my phone when I rummage to find them under my bed.  I can’t say it’s ever the models in the Italian piazza that I think about when I fasten first that one little buckle, and then the other.