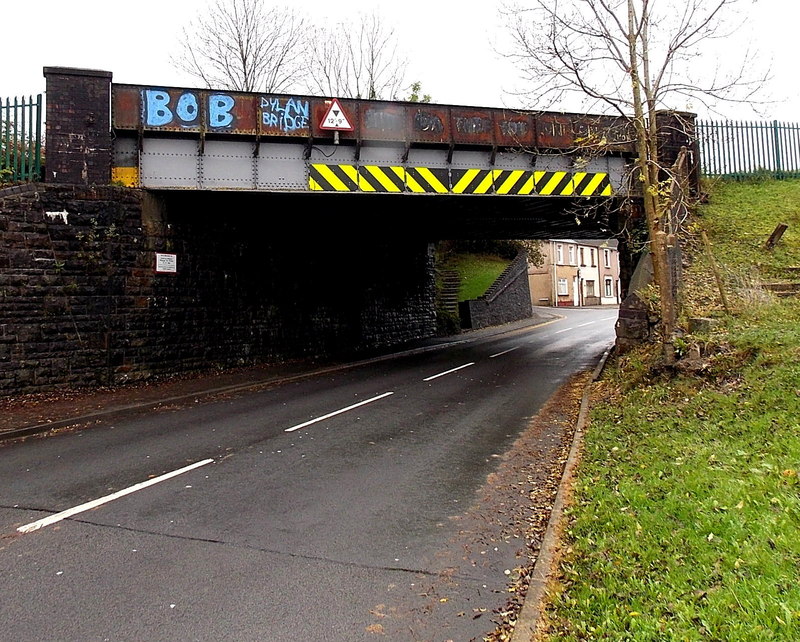 It’s been such a long, long time…

The last original material we heard from Bob was 2012’s Tempest. The next eight years were a long stretch of covers from the Great American Songbook, first Shadows in the Night, then Fallen Angels, culminating in the three-album Tin Pan Alley extravaganza Triplicate. Even the most sycophantic Bob fans you could find were at best happy to hear from him, but at worst felt a dawning dread that the last original output by the twentieth century’s greatest songwriter was going to be nearly a decade of singing other people’s words.

I’m sure Bob thought about the funny side – and I’m sure many diehards would even have perversely enjoyed the final frustration, the anti-climax of no grand curtain call or Shakespeare comparisons to be made with Tempest unquestionably not the final act. Rumours had been rumbling around the Bobosphere that a new album was coming, smoking down the tracks. They had done so before only to yield almost comedy amounts of unwarranted Sinatra covers.

Then, a bolt from the Bob, as lockdown deepened, he seemed to, as always, defy expectations – this time by doing a nice thing. Bob fans the world over were blindsided and beside themselves with excitement when the bard magicked-up his first original material in eight years, ‘Murder Most Foul’ – taking the Shakespeare baton from Tempest – his longest song ever, and amazingly his first ever Billboard #1 (whatever that even means these days). Then a few weeks later, equally unexpected, came ‘I Contain Multitudes’, then another track, ‘False Prophet’. The rumours, it seemed, were true. Bob had been brewing and baking – taking a pinch of jazz standards, and a punch of Tempest, and a bunch of books and bubbling up something new.

When the name of the album was revealed – Rough and Rowdy Ways – it suggested an outlaw mentality, perhaps not all that different from the bile- and blood-flecked brutality that permeated much of Tempest. And now the album has been released, it’s lived up to that name: an epic canvas full to the brim of bandits and bluesmen, pirates and poets. It’s full of good deaths for bad people, and ends with a bad death for a good man.

Rough and Rowdy Ways is the work of an artist whose rearview mirror is far bigger than his windscreen. This may explain why Bob drives only in reverse, all the way back from now to the Swinging Sixties, to the rock n’ roll era, to the golden age of jazz, and way further via Shelley, Poe, Whitman, Blake, Shakespeare, the King James Bible, to Dante, the Romans, the Greeks, and God only knows what else he’s buried in there.

But his long view is priceless and eloquent and consolatory, while also being bleak and unforgiving and unsentimental. Lyrically, the texture is richer, less stark and harsh than his last original album – he’s not trying to paint with as few brushstrokes as possible so it’s not as blunt and monosyllabic, the words aren’t as nasty, brutish and short – though the vision of life might well be.

The very first line, from the Whitman-titled ‘I Contain Multitudes’ outlines that death is the most natural part of life:

The flowers are dying

In his only interview about this album, which he stumbled into more than planned, Bob says he’s thinking about death a lot – but not his own. “I think about the death of the human race. The long strange trip of the naked ape.” Like the rest of us, he’s got apocalypse on his mind. The song hopscotches through lyrics which could refer to America or Bob himself, and joyfully slices and dices half-lines with titles, names and choice phrases, high poetry spliced with vernacular, all done breezily and with as much fun as anything since ‘Spirit On The Water’ back on Modern Times.

‘False Prophet’, the third track off the album, shares some of its DNA with ‘Pay In Blood’ from Tempest but musically is completely stolen from ‘If Lovin’ Is Believing’ by Billie “The Kid” Emerson. For Bob, it seems, love and theft go together like a horse and carriage. As always with his extensive appropriation, Bob is above the law even as he sings about an outlaw, while stealing a song by someone nicknamed after one of the most famous gunslingers in the Old West.

The next track is arguably the standout track of the album. ‘My Own Version Of You’ is Frankenstein with a falling bassline – conspiratorial and cadaverous, comedic and horrific, and it might provide the biggest insight into Bob at work. Just the same way Mary Shelley subtitled her Victorian proto-genre masterpiece ‘The Modern Prometheus’ (not lost on Bob as he’s quick to mention ‘livers’ in the first verse) so does Bob telescope history and culture, collapsing and comparing, stitching strange and unexpected seams, folding the maps of time and space for his unique origami.

‘I’ve Made Up My Mind to Give My Myself to You’ sounds like a wistful, tender love song but I’m pretty sure it’s a religious, devotional, crooning confessional. This one track on its own makes sense of the Sinatra years – the practice seems to have lent Bob a new level and style of control over his voice, and I think it’s one of his best vocal performances of this century, and one I’ll be singing in the shower for years to come…

Next up is ‘Black Rider’, a track title which of course calls to mind Bob’s own ‘The Man in the Long Black Coat’ from Oh Mercy! as well as Tom Waits and William Burroughs stage play and associated album of the same name. It’s like he’s placed the camera at the opposite end of the story compared to a song like ‘Ain’t Talkin’’ or ‘Tin Angel’. It starts off as a sad and strange song, but ends up as one of the sickest and most surprising on the album. It begins as a road-weary lament, fearful but hopeful, and slowly congeals into a portrait of the aggressor as vulnerable and drained, and the opportunistic violence that will prey on such weakness in the pitiless world of these rough and rowdy ways.

This is followed by a bucket of sawdust poured on the dance floor for the stamping, stomping, swaggering twelve-bar Blues ‘Goodbye Jimmy Reed’. Like so much of this album, it’s an elegy for the dead and the ‘old time religion’, but the new vocal control is gone, and this is Bob back to the bareknuckle braying that’s lit up his last few albums and concerts worldwide for the last decade-and-a-half.

After that we cool off in the mountain and the valleys of ‘Mother of Muses’. It’s another controlled and tuneful vocal performance which calls to mind ‘Ring Them Bells’ and its incredible Supper Club performance from Tell-Tale Signs. I say this because it’s not a jazz ballad, and it’s not a Blues, something more in the vein of a folk hymn.

Bob picks up the pace again in ‘Cross the Rubicon’, which is a stone cold classic and a red-hot electric blues shuffle, which twitches and tumbles as it infuses classical history with modern mythology. It conjures the image of Bob as the modern Odysseus – which much of Tempest also did – of him as a travelling bluesman, or a troubadour of old, one who’s happy to die on the road, at the hand of his self-inflicted rough and rowdy ways – decades after his peers have passed on or, as the next song suggests, retired…

‘Key West’ is a part of Florida known historically for pirates and now synonymous with retirees. Musically, the return of the accordion, harks back to the cosier, less bitter strains of Together Through Life. Is it a coincidence that, spoonerised, the track title phonically flips as Wey-Kest, given it may be the weakest track on the album…?

One version of the journey of the American dream, is from the bad life of rough and rowdy ways to the good life of rest and relaxation. It’s the softest, gentlest, perhaps laziest song on the album. I’m pretty sure Bob is taking the piss out of anyone who’s clocking off, and all of his fellow comrades-in-arms who jacked it in long ago, perhaps accusing them of being the weakest. Like the journey of Key West itself – they went from being marauding pirates to moping pensioners. I can’t see Bob retiring any time soon, put it that way…

Key West is the place to be

If you’re looking for immortality

The payoff rhyme to which ends ‘Key West is on the horizon line’ – where the heavens meet the earth, the beginning of the afterlife. It’s a natural end of life, aging out, and it answers the first line of the album beautifully. But there’s a final act to this album.

The last track, ‘Murder Most Foul’, has already had so much written about it, there’s already works of scholarship underway about it, because if you want to do the full autopsy, it is oppressively, exhaustingly, dizzyingly dense.

It begins as an account of the assassination of President John F. Kennedy, and then descends into the underworld, speeding to hospital while flicking between radio stations as a kind of head-hopping, stream of consciousness vision of a man at death’s door unable to decide what song will accompany his last dance on earth, because to choose any one is to accept his death – and the resulting list is the incantory opposite of a roll call, a list of absentees, dearly departed, of the end of an era, perhaps of an era that never was, a time that could have been…

Bob insists this track is not “some kind of send-off to a lost age” but he’s been known to lie about … well, everything. ‘Murder Most Foul’ is the final big pan out and up to the credit sequence. It’s Bob as the ghost at a feast that’s long ended. It’s Dante doing American Pie.

As the opening line of the album reminds us, death is the most natural thing in life, so does the ghost of Hamlet’s father reminds us, murder is ‘most foul, strange and unnatural’ – or cruel and unusual, to borrow the language of the Eighth Amendment. And looking around the world over the last few weeks, lots is changing, lots is new, but the banner is still blood-stained and murder is always most foul.