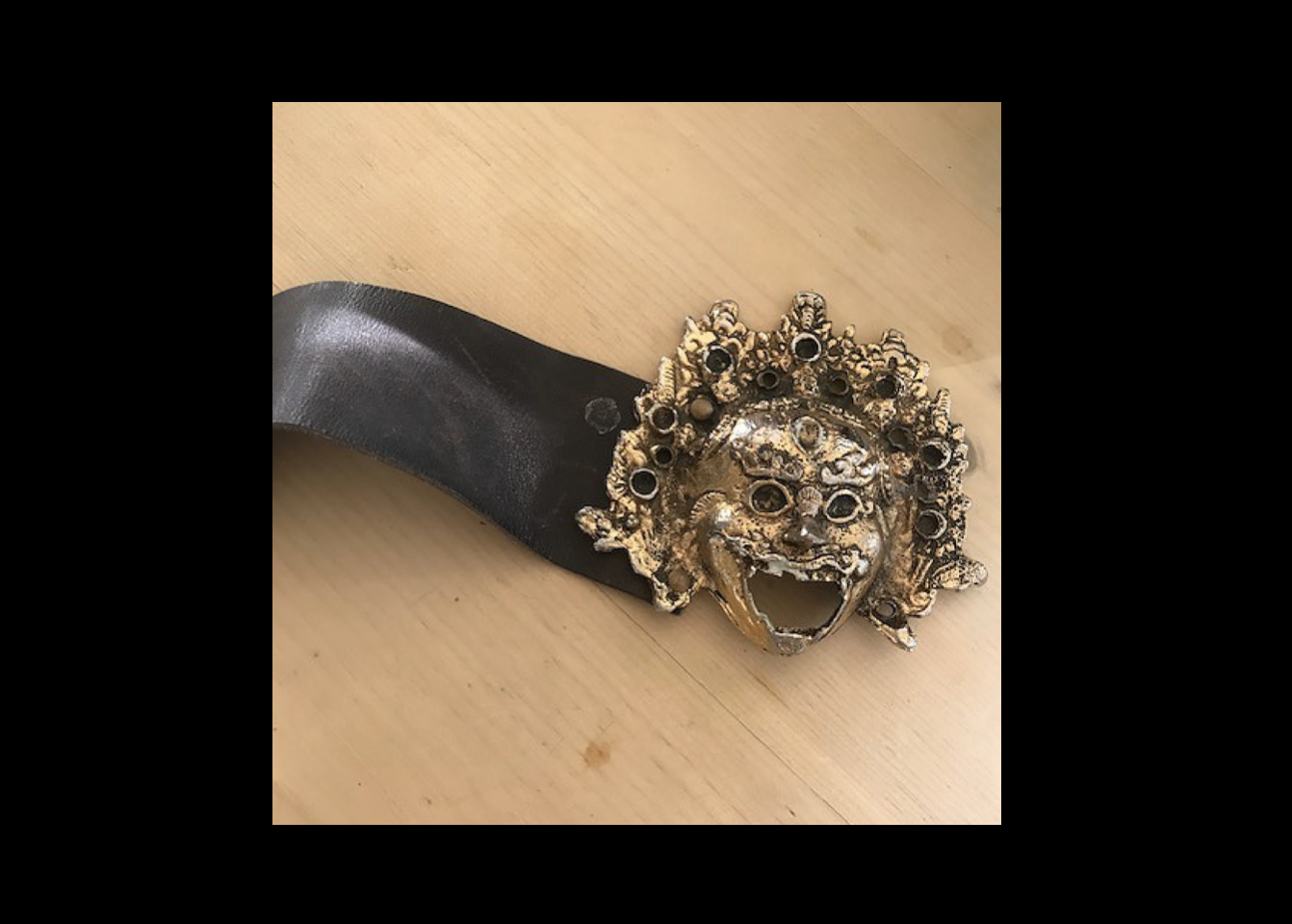 Gordon Burn wrote in a prescient way about celebrity, its glitz, tawdriness and corrosive power.  In his fiction and non-fiction, there are tabloid journalists who confer it, and people – singers, serial killers, sports stars, parents of missing children –  who gain it, as well as those for whom celebrity ebbs slowly  away.  When he kindly signed a book for me one time, he wrote that he hoped the evening had been very Gordon Burn.  This was because I had said that, like lots of other fans, ‘Gordon Burn’ was how I would describe certain sorts of places or people.

I buy a lot of stuff from second-hand shops and sometimes enjoy pondering who made particular donations.  The person who left in the job lot of Denis Wheatley novels: was it the same one responsible for the box of Demis Roussos CDs?   Provenance has its importance.  I wouldn’t like to wear a V neck, say, that once belonged to a murderer.  The coat where I found in the pocket anxious little notes for a retirement speech, lines of thanks in anticipation of a present not yet received, always carries a slight sadness even on a bright day.

On a trip to London in the mid-80s I bought an unbelievable belt in a second-hand shop.  The strap was brown leather, about three inches wide and the buckle was about five inches in height and diameter.  From a distance it looked like a hunk of battered gold but get closer and it was a die cast metal head of a vicious looking creature – eastern deity? banshee? cat? – its mouth stretched open wide.  It was monstrous.   It was brilliant.  The clasp was broken so I got it fixed at Braddells, the gun and fishing tackle shop on North Street, where they glued a fastening to it with epoxy adhesive.

The dowdiest of outfits was transformed by this striking addition which I wore practically every day.  It was an anti-cute belt.  And people noticed it.  I met a guy who said that he could remember me from the TV lounge of the Larne Stranraer ferry where I had been over a year previously. Fame!

He said that it was the belt.  It wasn’t something you’d forget.

But over time tastes change.  I went minimal, I suppose.  And the belt seemed too ostentatious.  I still carried it around as I moved from Glasgow, to Newcastle upon Tyne, to Belfast, before then at some point bundling it up with a load of other defunct stuff and dropping it off in a charity shop. I have, I must admit, sometimes returned to places to buy back again an item I have donated, on one occasion because it had been given a new, cool allure by appearing on the wigged mannequin in the window.  But the belt did not appear again –  in the window, or in the shop.

Where it did once re-surface however was in a tabloid paper.  An idle flick through the pages one day bought me to a story about a paedophile ex-pop star, sentenced for historic sex attacks.   There was a picture of him in the late 70s on a TV show, wearing my distinctive belt on stage. It was Gary Glitter.

Now that really was quite Gordon Burn.