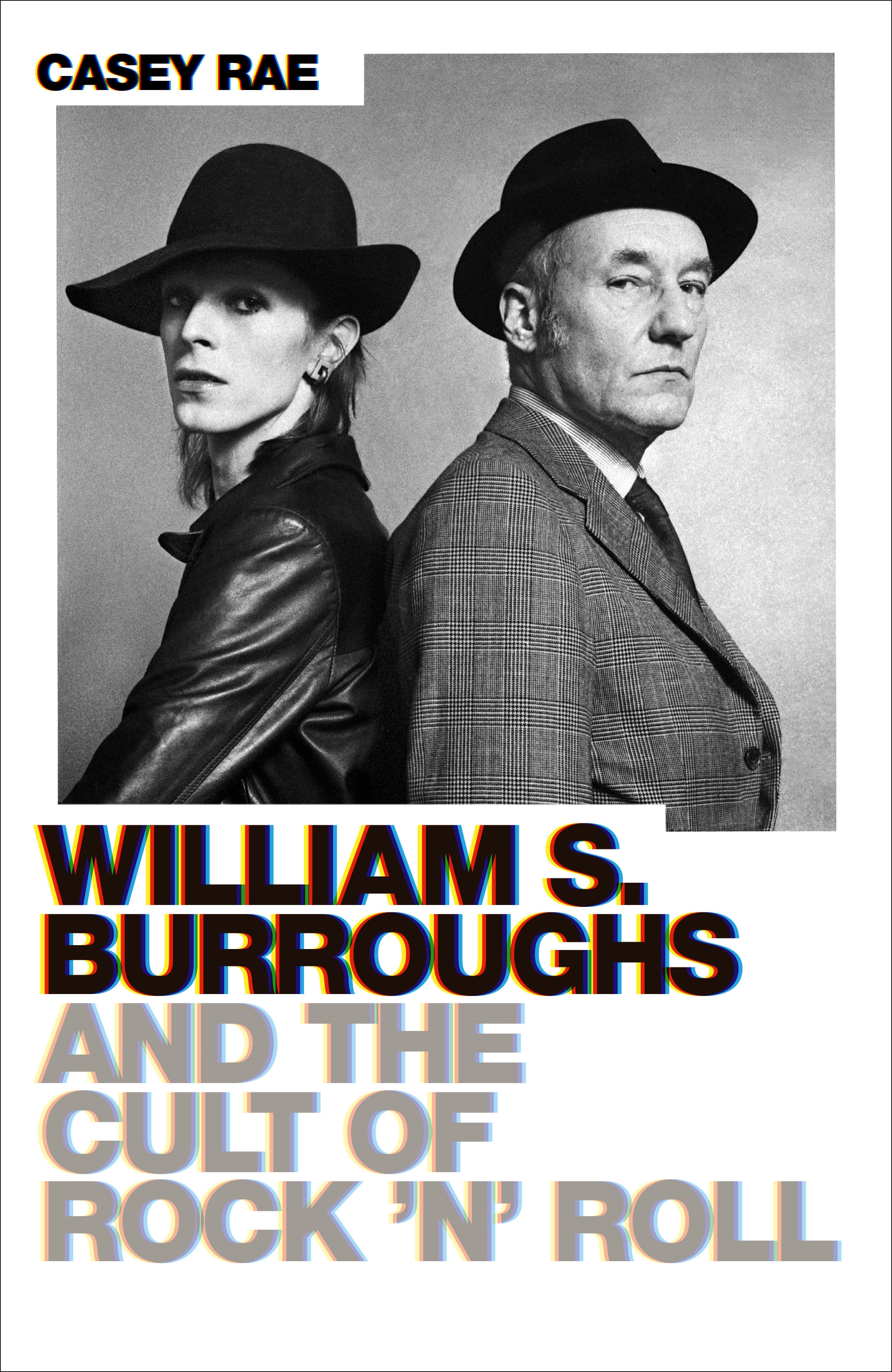 William Burroughs is a highly significant figure in the world of music, even if he professed little knowledge about the form. It’s not hard to see how his writing – exploding with disquieting, even ghastly imagery – might serve as fodder for music genres like punk, heavy metal, and industrial. To be sure, it is within these subcultures that most present-day Burroughs acolytes are found. But his anti-Establishment attitude and unconventional personal habits also found favor with such artists as Paul McCartney, Bob Dylan, Rolling Stones, Lou Reed, Frank Zappa, Iggy Pop, Patti Smith, Laurie Anderson, and countless other musical innovators. TheBeatles even put him on the cover of Sgt. Pepper’s Lonely Hearts Club Band alongside the likes of Carl Jung, Lenny Bruce, Karl Marx, and Oscar Wilde. Once you start looking, Burroughs is everywhere. It’s like a game of “Where’s Waldo?” with a killer soundtrack. But instead of a chipper youth in a striped sweater, we’re spying a wan junkie in an old fedora.

His influence extends beyond the work itself to the actual methods used to create it. Burroughs’ focus on recombinant media – that is, cut-up text, “found sound,” and tape-splicing would become the lingua franca of experimental audio production in the 1990s and continues to be today. He first began working with cut-ups alongside painter Brion Gysin in 1950s Paris. The original method involved slicing up prewritten text from one or more sources into quadrants and rearranging the pieces at random. Later experiments involved machine-based cut-ups devised by Burroughs’ lover Ian Sommerville, an early computer programmer. Going forward, Burroughs would embrace random elements in almost all of his work, especially his audio experiments, some of which were conducted on tape recorders provided by Paul McCartney in a flat owned by Ringo Starr. These operations inspired the Beatles to include found soundand tape cut-ups on seminal recordings like Sgt. Pepper and The White Album, ushering in a new dawn for recorded sound.

It’s hard to imagine sample- and remix-based music without Burroughs, or at least without the artists he inspired – David Bowie, Throbbing Gristle, and Coil among them. Hip-hop and electronic acts like Michael Franti, DJ Spooky, and Justin Warfield embrace Burroughsian ideas in their work, and a few were lucky enough to have collaborated with him. Arena conquerors U2 used video cutups on massive global tours and sought Burroughs out for their 1997 video for “The Last Night on Earth” – his last filmed appearance. Countless bands got their monikers from Burroughs’ novels or incorporated his phrases in song titles and lyrics. Steppenwolf, whoare credited with bringing the term “heavy metal” to music, borrowed the phrase from Burroughs. Then there’s Steely Dan, who famously took their name from a state-of-the-art dildo in Naked Lunch. And there are others – such as the Soft Machine, Nova Mob, Wild Boys, and the Mugwumps – to name but a few. Iggy Pop and Patti Smith lifted lines directly from Burroughs and weren’t shy about letting the world know. At one point, synth-poppers Duran Duran attempted to make a full-length film based on their video for “Wild Boys,” a song that took its inspiration from a Burroughs novel of the same name. More recently, psychedelic rockers Howlin Rain borrowed the title for a song that bandleader Ethan Miller described as an homage to Burroughs. “There is little that we find astonishing about the present American landscape in all its chaos and turmoil that wasn’t uttered in a fearsome, frothing monotone of absolute contempt by Burroughs a long, long time ago,” Miller told Relix Magazine.

Burroughs was an intrepid investigator of the paranormal and maintained an active interest in what we would today call fringe science. He held sway over occult-minded artists like Genesis Porridge of Throbbing Gristle, Chris Stein of Blondie, and John Balance and Peter Christopherson of Coil. Jimmy Page, lead guitarist and magus-in-chief of Led Zeppelin, spent time with Burroughs discussing music’s supernatural potential and the connection between Zeppelin’s thunder and the Master Musicians of Joujouka – a tribe of Moroccan musicians Burroughs referred to as “a 4,000 year-old rock ’n’ roll band.” Although he professed little firsthand knowledge of musical composition, Burroughs understood how performance could be used to affect reality. He delighted in Patti Smith’s shamanic stagecraft, and the two became good friends. “He’s up there with the Pope,” Smith said of Burroughs. Bob Dylan practically chased him down for a meeting that took place at a Greenwich Village café in early 1965. Not long after, the studious folkie would reemerge at the Newport Folk Festival as a wild-eyed visionary backed by a raucously heretical electric band.