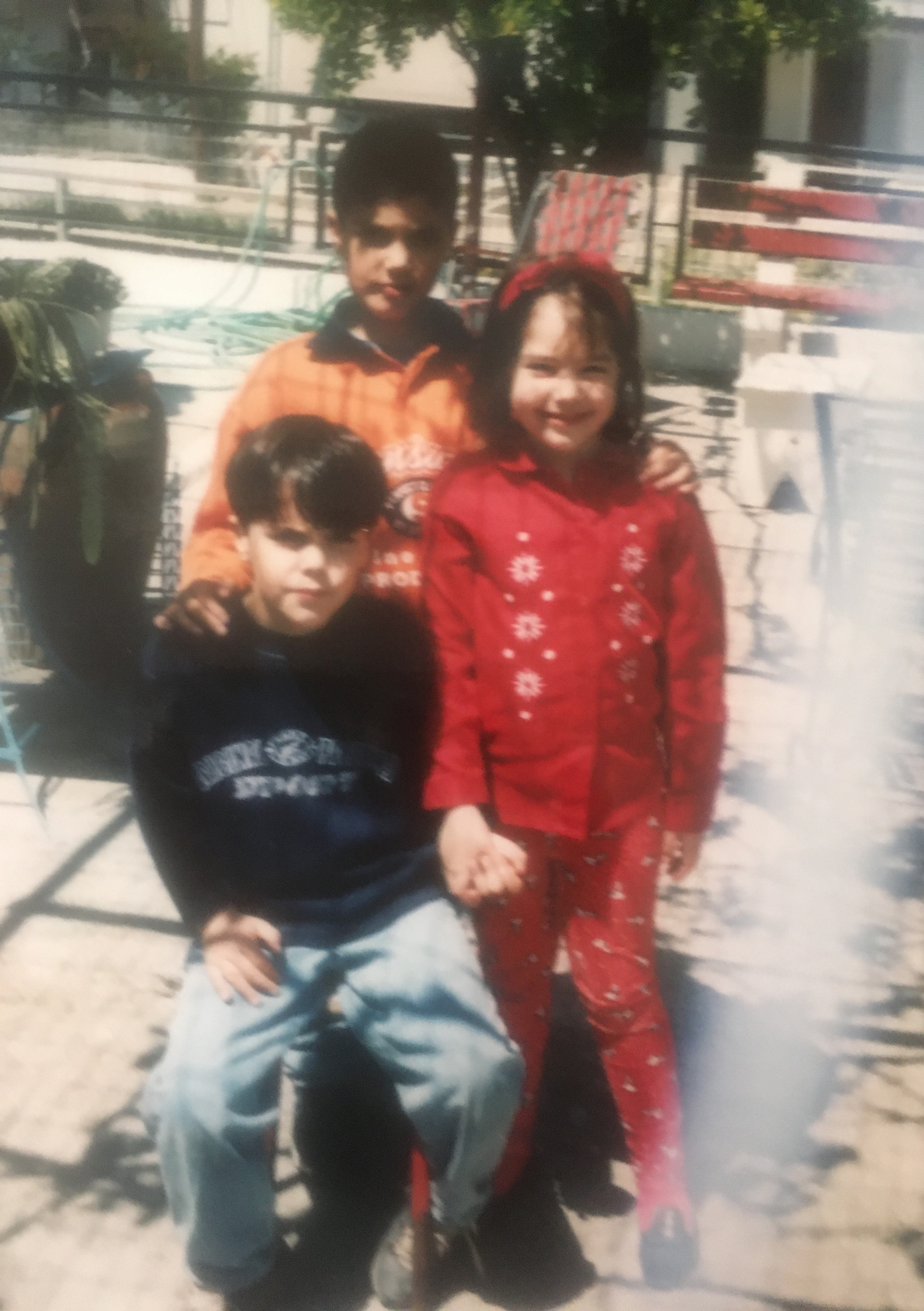 The only memory and association I have for May Day is the ritual of making wreaths at my grandmother’s home in Corinth as a kid. I would wake up excited, and after a gluttonous portion of Tiganites she’d made for us, I would briskly get dressed and wicker basket in hand jump out and over the steel bars that would separate the road in front of the house from the train rails where all the yellow daisies grew. That’s all that went onto our wreaths. Yellow daisies. I would take my time collecting them, looking for the largest I could find, and sacrificing some to my romantic longings. He loves me. He loves me not. “He” was most often not specified. An abstraction. An archetype. Perversely, I would repeat the divination with a few daisies in a row, even if the first one landed on the affirmative. As if to say who the fuck really cares, my joy is in the longing, in this very act of picking the flower apart, courting the mystery. Maybe it wasn’t that I didn’t care, but that I was terrified. Maybe to truly know it would have been too much.

Once back in my gran’s front garden, I would lay all the daisy heads down the table and with a pair of pliers go fetch a few lines of wire from a large loop that was permanently behind the house. We would pierce their heads with the wire and I still remember the elation, the thrill of that wire popping from the back of the daisy through its golden face, often spurting out some sticky liquid. It almost strikes me as sadistic now. How those Spring blooms had to be sacrificed for our ritual. We made a large wreath to be placed at the front door and smaller ones to be worn around our heads, and  had a massive celebratory lunch wearing them, and I felt so pretty crowned with those yellow daisies, a rightful princess of Spring. Sacrifice seemed to equal abundance, life, and I would happily have lived in that day forever.

The next morning I would wake up and step out into the garden and my stomach would turn by the sight of the wreaths from the day before on the cement table. Those daisies now all browning and withered around the wire, flacid. It must have dawned on me, the death that sacrifice also required, the price one has to pay for glimpsing eternity. I couldn’t bear it. I couldn’t bear looking at those lifeless flowers, growing wild, so bright and cheerful only a day ago, plucked and pierced by my own hands. I’d throw them in the bin in disgust, as if to banish that image, banish the passing of time. And I still shudder that Spring will end and so will I.