Have They Nothing Better To Do? – Rob Doyle 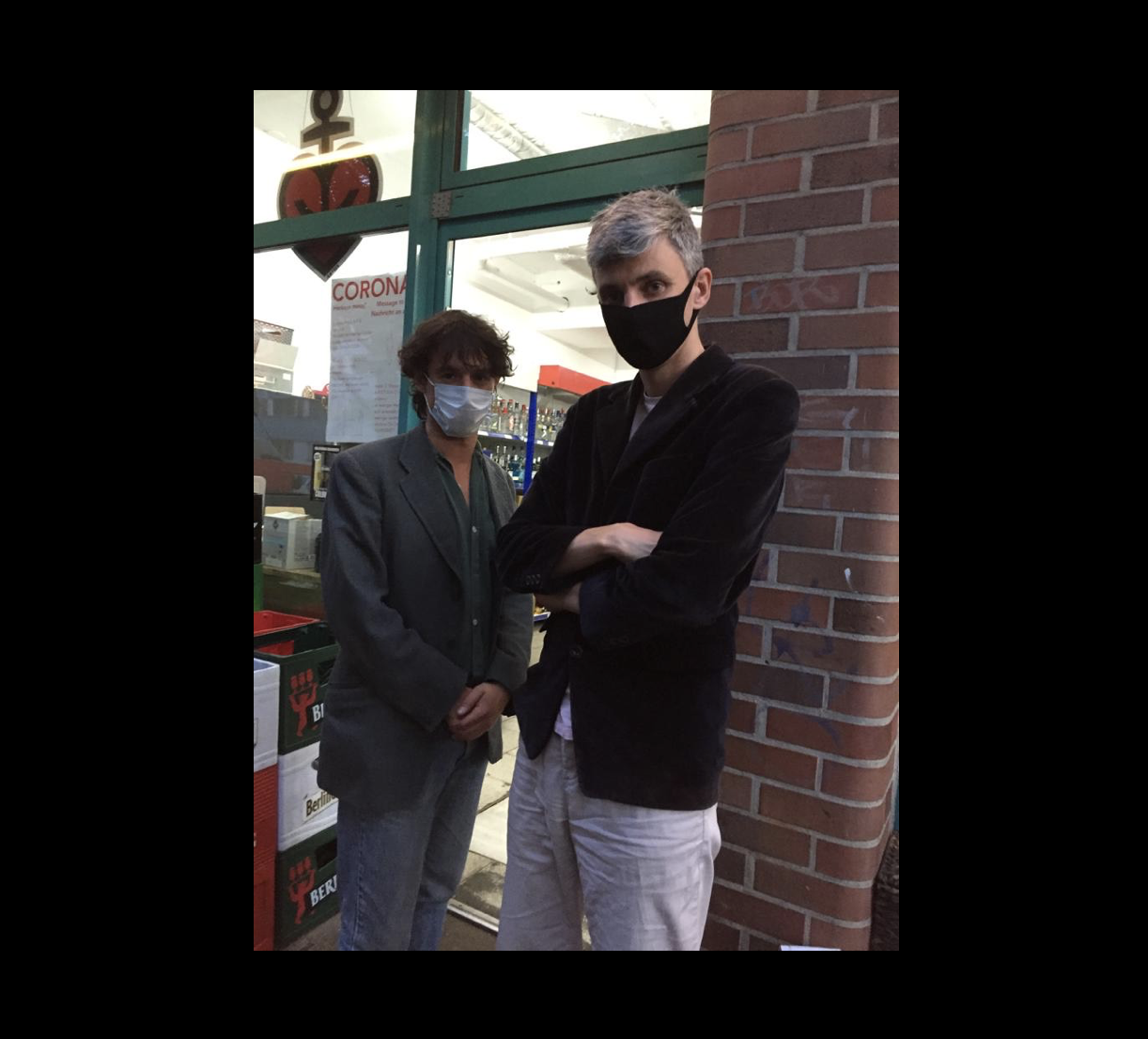 In the latest in a series of collaborative exchanges with Lias Saoudi of the band Fat White Family – which I’m thinking of titling ‘Have They Nothing Better To Do?’ – Lias sent me a few dozen subject headings; I randomly plucked fifteen of these from a bowl and wrote about them. I present the results here to mark the publication in paperback this Thursday 18th February of my book Threshold. There’ll be another instalment in the forthcoming issue of Ambit.

My anatomical vocabulary is so limited that the clit is one of the few parts of the vagina – or the penis, for that matter – that I can confidently identify. Back in school, I must have intuited that tech advances would soon render the memorising of such facts redundant – if you wanted to know something, you’d just ask your Palm Oracle – and thus put minimal effort into retaining the names of the various giblets. My wager was clearly successful, which is not to say that I spend a lot of my time googling the constituent parts of the vagina or the cock.

As a teenager, I regretted being very tall because it made me different from the others. Later, I valued it for the same reason. I always knew I could never be a fugitive, a road killer, a notorious hijacker – no way to blend in with the populace. It took me too long to figure out what shorter friends told me they’ve always known: that tallness is a power. I rue those squandered years. The women I’ve fallen for in my life have tended to be either quite tall or very small – the latter because they seem to me so imperilled, almost a different species, so that there arises in me a sympathetic phenomenological fascination (along with a yin-yang, attractive-opposites erotic one).

I’m living on the coast now. I moved down here to a house in a quiet estate on the cliffs by the harbour. Just me and the wind outside, the ferries and seals, the birds that alight in the back garden as I write. I haven’t noticed any seagulls, though this morning a robin redbreast the size of an apple hopped along, right up to the glass doors.

The week before we left Berlin, billboard advertisements for his upcoming show loomed over the East Side Gallery and the Spree, near where we lived. Good luck to him, is what I thought. I admire anyone who gets back up after being brought low. It struck me that one force stronger than the culture of group shaming and humiliation is capitalism. At the moment, shame and humiliation are capitalism: they keep the profits flowing to our overlords in Silicon Valley, as do outrage and hate. But clearly Louis CK has something people want, and they’ll pay for it – and that’s how the world works.

A habit often developed through suffering.

If all the world declares that something is amazing, I instinctively recoil. I’m not proud of this: it’s an unelected trait, like the pigmentation of my skin or the length of my fingers. A few years ago, there was widespread gushing about Nelson’s The Argonauts – a not uninteresting book, but to my mind hardly the astonishing masterpiece anyone with a Twitter account seemed to believe it was. The book by Nelson that left the greatest impression on me is her most formally straightforward: The Art of Cruelty. On reading that book I felt a space of illumination open up inside me, like a gallery with white walls and high ceilings. To borrow from David Foster Wallace, I trusted the agenda of the consciousness behind the writing. The book examined a subject I’d always been drawn towards – violent and transgressive art – from a perspective that was informed by Buddhism, and seemed in a non-banal way distinctly feminine.

An evil book, by J.K. Huysmans. I direct the reader towards a brief piece I wrote about a night of horror I endured in Bolivia after ingesting a brew made from the hallucinatory San Pedro cactus, having just read this novel. The piece was part of a weekly column I kept on the cult books that formed and deformed me.

Moving back in with your mother

Sometimes it needs to be done. There’s no shame in it, at least where I’m from, which is Dublin, a city where it’s now impossible to live as a writer or artist unless you’re born into the gilded classes or have a sideline shipping heroin. Expect a decade or two of safe, insipid bourgeois literature from the capital of Silicon Ireland, the vassal state. Dublin is now among the most culturally sterile of European cities, a monotonous glass and steel wasteland of new hotels and imperilled venues.

In Thai: farang. In German: Ausländer. In Italian: stranieri. In Spanish: extraneros. In French: étrangers. I’ve lived inside each of these suggestive and dramatic nouns.

We ought to be given them in the womb. To exist is already PTSD. The P is a misnomer, though: it isn’t ‘post’ at all. The trauma keeps lashing down in freakish variations, and you never get over any of it, you just pass it onto others, and if you’re brave and reckless enough, you’ll beget new little beings, and they’ll grow up to ask where the trigger warning was when they were summoned here, why it’s so brutal.

I’ve long held the (suspiciously convenient) view that excessive productivity in art or writing is a mark of vulgarity and bad manners, betraying an uptight, feverish concern with competition, status and work. But when I’m really indolent – when weeks or months pass and I’ve written nothing, refilling a glass of Tullamore Dew to sip while I stare at a crack in the wall – I envy those maniacs of industriousness, those Bolaños and Kerouacs to whom it never occurs that the planet might already be cluttered with books, fictions, commodities.

I expend about 90% of my intellectual powers worrying about attrition and damage inflicted on those powers by a lifetime of heavy drinking and drug use. My brain is forever tensely watching itself, noting evidence of scorched synapses and blasted neurones, instead of applying itself to more outward-looking activities. Undoubtedly there is some real scarring – the smoked and hissing circuitry, the frayed wires and shooting sparks. But whenever I periodically commit to periods of strict sobriety (such as I’m in now) and can get a clear reading on how things stand, I generally find it isn’t as bad as I’d feared. When I do succumb to moments of panicked remorse, I call to mind the example of the late Christopher Hitchens, who drank like a fish seemingly every day of his life, and whose intellect remained formidably sharp right up to the (admittedly premature) end.

The ghost of Mark Fisher

I welcome the signs that a cult has been forming around Mark Fisher and his legacy since his sad death in 2017. Every home should contain a copy of K-Punk. Fisher’s prose was incandescent, his intellect was severe, and he knew the difference between the real enemy and the false one. In other words, he offered a model and vocabulary of a genuine rather than a delusional and self-defeating resistance – even if we never did exit the Vampire Castle, just got more helplessly lost in its turrets and dungeons.

I haven’t had it cut since last June, before I moved to Germany. I kept putting it off, and then Berlin went into winter lockdown and it was too late. When I stopped off in Dublin before moving back down here to the southeast, I let my mother shear off the heaviest bulk with an electric razor. I look better with shorter hair, but I engineer my own torments.

Rob’s latest book ‘Threshold’ is out on Thursday and can be bought here!