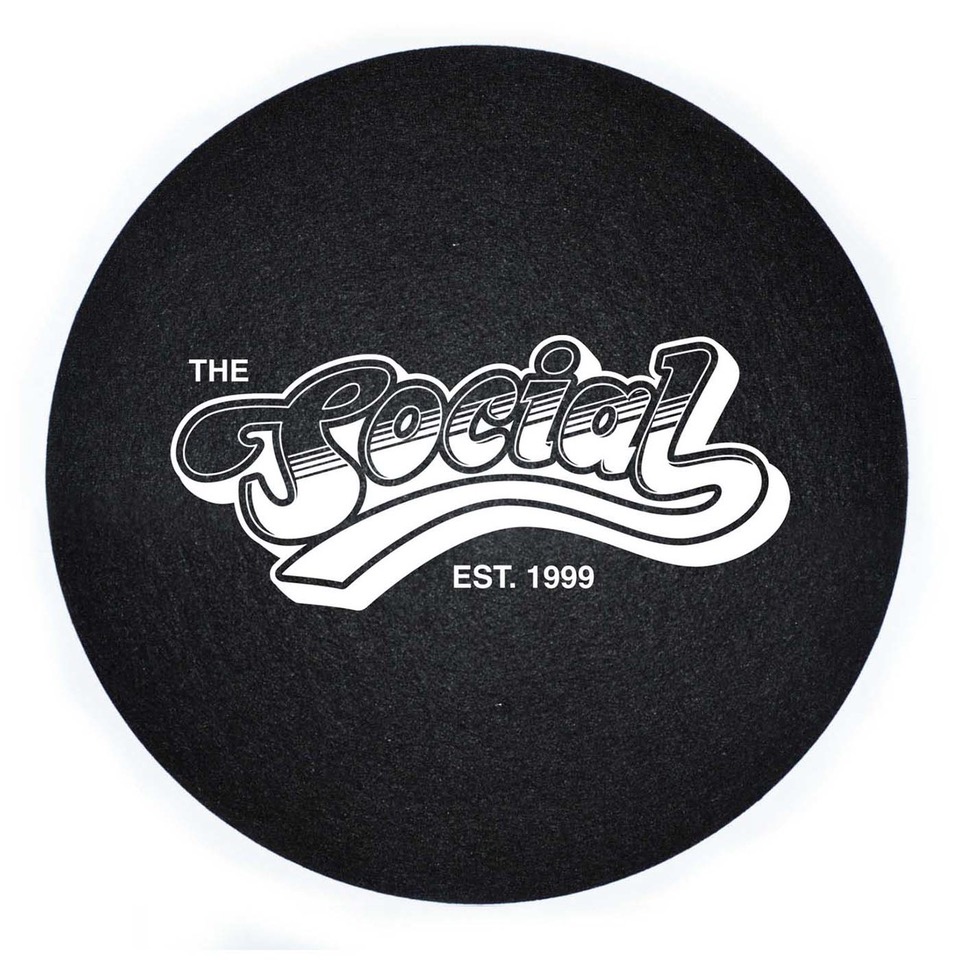 On Saturday night myself and Jeff O’Toole – our good friend from Manchester – hosted the 101st edition of The Social’s Afterwork Drinks online. We reached the 100 night milestone the day before with Pete Fowler playing his twelfth set on Twitter, clocking up over 35 heroic hours in the process. Through these online gatherings, we’ve tried to pull people together in a small way every day during lockdown by sharing some records we love and raising a beer glass for a virtual ‘cheers!’. In fact we even became a kind of ‘virtual Cheers’ ourselves through this daily booze folly and Pete’s fantastic lockdown Social logo reimagining. (You can be what you want in lockdown it transpires – I’ve even tried to be a writer ffs). Of course, none of these internet parties are in any way a substitute for the real thing but they’ve been loads of fun nonetheless and, in spite of many pubs reopening last weekend, there’s no sign of us doing so for now, so we’ll keep at it – inviting friends and special guests to join us at 6pm.

One of the rituals much missed in real life venues – on real life dance floors – is The Last Record. Mine and Jeff’s session was dedicated to the magic of the last tune. We’ve often chatted about last records; our friendship was forged over one – Glen Campbell’s Wichita Lineman. Jeff played it as the last tune of our set when we were DJing together once, the night I met Sophie Green. She was dancing in front of the decks (of course) and loves that record. She looked up and mistakenly thought I’d put it on. Reader, she swooned. (I think it was an intoxicating mix of panoramic bittersweet Americana and my hair). Anyway, it was a good job Jeff picked it out of his box because she wouldn’t have been half as taken by Electronic’s Getting Away With It. She hates that record. My hair would not have been enough.

Last records are important and can sometimes even be life changing but they’re also hard to conjure and control. Not every record is cut out to be a last record. Anyone who DJs or who controls the Spotify at house parties or is a playlist obsessive will have their own go-to choices. And, of course different situations draw out different selections too. You might find yourself at the end of a three hour set in a packed club or festival, in a bar surrounded by a handful of dedicated drinkers and friends, or just you and the bar staff. At a wedding with other people’s extended family, work mates, school friends and pissed up mates. Or back at someone’s house at 6am sprawled out with a can of Red Stripe, light creeping in around the curtains.

The power of that last record is quite obvious. It needs to draw together the feelings from that night, harness any energies (however small) created during the set and send people off on their way home with those feelings enshrined. We spoke last week about the memories that are implanted into the walls of spaces and how these build up their own kind of power (if you want to believe) over time. But it’s also true of course that dancers and listeners take away their own small pieces of power too in those shared experiences. When the last record brings things to a close, it seals the event and all the magic contained within it forever. And the very best last record offers a momentary flash forward to the next dance, the next gathering, and gives a glimpse of good times to come. It compels people to come back and do it all again and again. With a slow fade out the music never really stops playing anyway, there is no last record. The music has just been turned down in this place until the next time. Somewhere, the record will still be playing. Probably at Pete Fowler’s house.

There’s a Social Last Record playlist now on Spotify. So far it’s 4 hours long but will keep growing. Let us know what your favourites are by Tweeting us (use #SocialLastRecord) or drop me an email on [email protected]. Once we open back up me and Jeff will do a night entirely dedicated to last records at The Social.