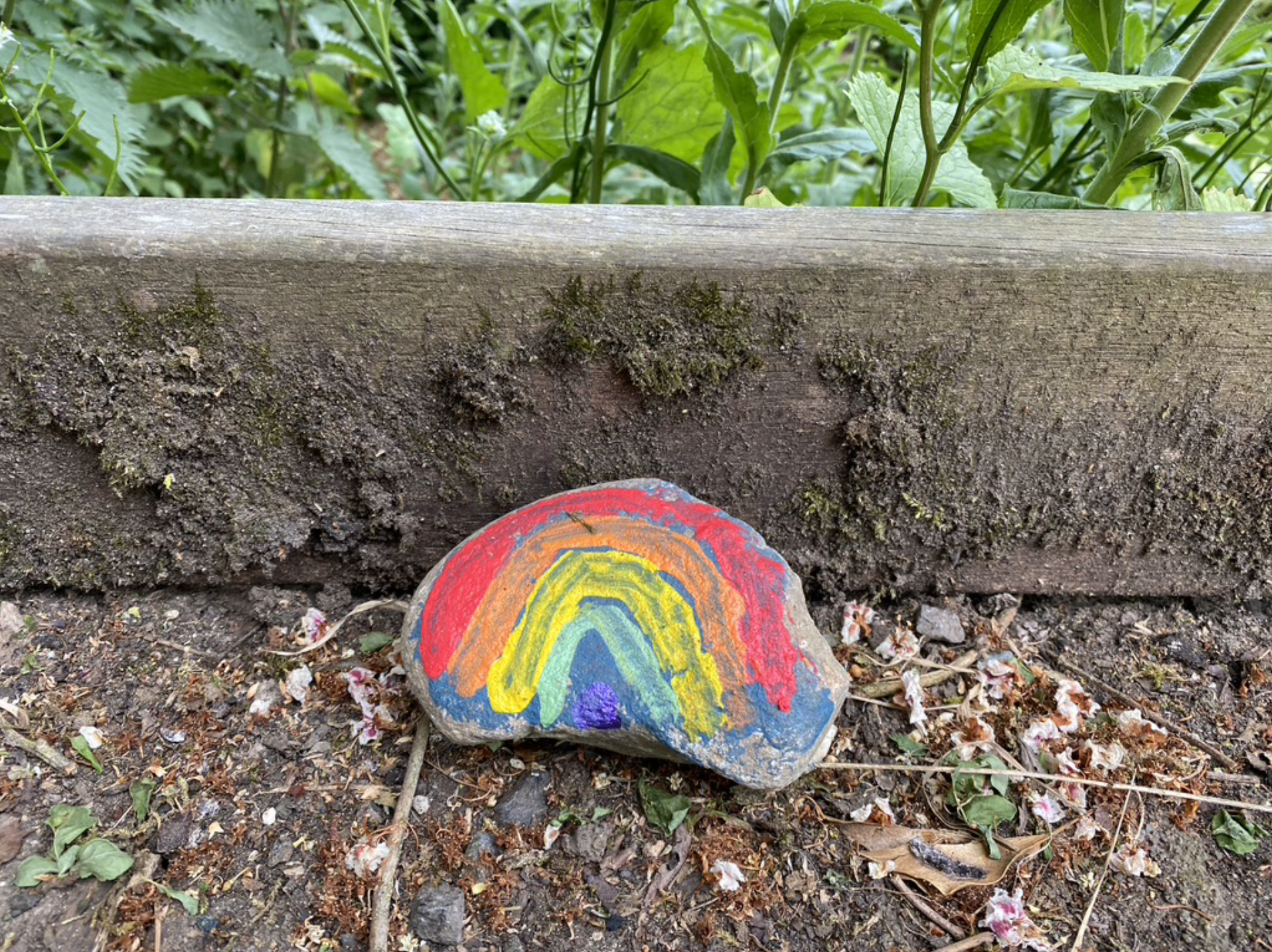 Underworld’s Karl Hyde began mapping territories via human marks left on the environment. Over years, those marks that have rooted themselves  into the very land they sit upon, creating alternate OS map symbols to guide travellers to and from wherever they’re going. In his second piece for the Social Gathering, he strikes out across the Essex landscape. Get your boots on, let’s follow in his footsteps.

Do you remember the letter you wrote to me, when I was sofa surfing in LA? Out of the blue, never having written anything like it before, you write this beautiful letter taking me on a walk with you around town. Do you remember? I didn’t know you could write like that, it was great. What other super powers are you hiding? LA was cruel back then. I was going into bookshops hunting photographs of Worcestershire, missing home. I hoped there’d be more letters, but there weren’t. Shame, you’re a good writer.

This morning, I loosen my left boot instead of moaning it’s too tight. There’s a tiny vicious thing imbedded in my sock. Being too impatient to take the whole bloody thing off again I set off, thrusting fingers into the boot and fishing around, hoping it’ll fix it. It does!

Turn left at the silver can that’s always there lying face down in mud, murmuring to itself on the other side of the road. Wave good morning to the new black can obsessed with its appearance, rolling along the verge in search of a place to hide. Turn left at the dead end sign. It’s not dead, nor the end. Greet the builders hammering on a new roof in the rain. They pause and wave, like every day.

Follow the lane down past the oldest telegraph pole still standing (1952), past two blue rubber gloves reaching out for one another (Sandra Bullock and the other bloke in Gravity), and arrive at the big blue bucket in the field on the right, queuing to feed horses. It passes time in conversation with a rusty wheelbarrow leaning on a fence smoking a cigarette. At the mouth of a garden path, planters – the shape of medieval goblets made with tiny bricks – are embarrassed to be found filled with dead plants and sticks. I spare them and look away.

At seven rusted iron fence panels (recently replacing the rotting wooden fence) turn right, where a concrete signpost camouflages itself in luminous lichen, hiding in a blackberry thicket. We exchange glances. It signals me to keep moving, tell no one.

The elderflowers are turning.
Dog roses bloom.
An old pile of grass cuttings squats under a hedge, turning brown a long way from home.

In the distance you’ll see a sky blue plastic coral wearing a red and white headband. That’s your target. It’s an installation by lesser known artists. They’re my favourites. The installation pens-in a black plastic signpost embossed with the letters BR D EWA. Its single finger points up a narrow muddy path imprinted with horse hooves. Don’t go there! The blue painted arrow from the story before is being slowly erased by footfall, yet still dutifully points to the blue coral, even in the absence of anyone to take my ticket or draw my attention to this fabulous thing. Don’t stop. Keep walking.

Up to the right between chicken wire and old fence posts that hum in unison, decaying gracefully amongst the trees. Pass the vibrating hut and the polished granite spheres that threaten wheels away from the grass.

Left at the wooden hand, past the black dog water bowl, the wheelie bin sheltering under ivy, and the forgotten rotten bench made from decking balanced on old logs.

The sun shines thinly through cloud as I cross a yellow H in the road whose confidence excites me. A white stick leaps out of a hedge to warn me “NO DIGGING!” as the sun comes out.

Get hot, but keep walking.

Pass two stone bowls on the right, carved with eroded people. The people are grinning, moving, leading smiling horses, holding geranium dirt aloft. Beneath them, in the world below, six stone lions grin.

We’ve passed this way before,
Like the back of your hand.

Over tarmac’d holes and cracks imagined by Richard Diebenkorn, painter of fields. Pause beneath a metal box sprouting wires, in danger of death, rusting alone, high on a wooden pole. It stares into the east where the sky growls. Something small with propellers hides above the clouds, pissed off at the ground. Walk on.

When you reach the road turn left – where yellow privet fattens to crack a low brick wall – step over morse code transmissions and watch your back. The road gets thin as a stick. You’ll see a naked plastic woman with Egyptian eyes standing in a garden, Gonzoid, staring into the distance to weird-out oncoming motorists. Don’t let anyone see you look at it. Don’t stop to photograph it. Keep walking.

Take the footpath to the left, parallel to the road. Hear the noise of it returning. Try not to get angry or sad. A round post locked into a square hole will greet you, stopping everything but feet. Don’t engage it in conversation, it’s a trick. Keep following the path down the hill into a valley.

A tall, grey, decaying but refined metal post waits opposite a flight of concrete steps going down to the road. It will never talk. Don’t bother trying. It waits for a lover, wearing a bonnet, a broken halo, bent by the wind, a red ring and a decaying bicycle.

More chicken wire to the right. Bent, sat on, choked with Ivey, punctured with holes where something bad with teeth broke in on a dark night for the chickens.

An empty waste bin hangs around in the long grass, whistling and conspicuous in a corset of wooden ribs left over from the 1970s,
Time moves slow round here.

A beautiful, rusting Stanton Wayerway MK2 drain grill drips into a muddy hole. Another, buries itself in dry leaves waiting to attack. Another wears a wooden barrel as a bonnet wreathed in turf at the curb of a new build. A wooden bench, missing a slat, shelters beneath a horse chestnut festooned with giant pink candles commemorating something great that should never be forgotten.

Turn right at the junction,
Over an invisible bridge,
Follow the road as it climbs out of the valley,
Past ornate iron railings painted gold,
Gateways to eternity and salvation flung wide open, waiting patiently for the returning flock.

Walk up the hill to the black plastic signpost pointing right. Do what it says and head down a thin path of chicken wire and statuesque concrete soldiers. Each one will greet you, though I advise you be sociable or their military etiquette will force them to stop you before you can pass through a tunnel of mud and roots, over the rotten dog stick, thrown and got bored with.

Now the sky hums above me. Something big, hidden by clouds. I check my app to find out what, and nothing shows up, so it must be important, secret, – there’s been a lot of that recently.

The mown path in front curves left across the meadow into dense green tunnels. Dive into them. Turn right and right again at junctions, disturbing pigeons whose wings shake rain off hawthorn barbs and soak us. Turn right across a brutal bridge, built for horses, where the rainbow stone was left and stolen. An old zinc watering can hides behind a lilac hedge whispering to its self. A builder’s boom box works in the rain, dodging squalls to chip away and remain employed.

Follow the footpath around the left edge of a corn field, not the path cut up it’s middle, it’s a trap set by those who want you wearing divers boots (you know what I mean). You’ll be scuffing all the way home, looking like you’ve done something bad in your trousers. Stay away from the path!

More elderflower in bloom, but not for long.

The path snakes around the edge of the corn, birdsong in the bushes to our left will try to distract you. Remember it, record it, but keep moving. A metal lock up watches from its hiding place amongst the trees. It’s companions are a wooden toilet, and the off-cut stumps of trees who imagine they are stools, gathered in a clearing, wondering why nothing is happening. Silent convention. Pass the memorial oak for Andrew on our left as we reach the top of the hill (I could’ve done this quicker but I keep stopping to write to you).

When we reach the top of the field there’s a choice, straight on under the Brontosaurus Lime and into the tunnel past the giant American hard gums, or left along a fresh mown path snaking through set aside meadow? Today I take the snake for a change, attracted by the sweet aroma of elder flower memories of getting wasted on Auntie’s home made wine. A broken metal gate rusts in sleep, leaning on a barbed wire fence. A crow laughs. A thin red wire runs beneath the barbs, charged with electricity, no danger of death. An old tyre hides in nettles below. I feign modesty and look away to spare it embarrassment.

A rusting gate lies drunk off its hinges, victim of the elder, talking to itself.

Take the left fork in the path between nettles and briers, an old stone church on the hill wears a blank expression, awaiting its flock. Silent, empty, counting the days.

Take the fork to the right then left (stick with me), see the gate into the secret garden on our right, a back door getaway, theatre stage door for the autograph hunters and givers of bouquets. The theatres are all closed, autograph books cross your fingers. Don’t go there!

Turn left where the nettles grown thick and high and vines drag down trees. Watch out for the hole! It has no teeth, but it’ll snap your ankle as soon as grin. Turn left along the edge of the corn, past a chewed plastic punnet, a half hat for Bucket Head. Past dog shit (two piles), and the tiny twisted metal flattened snake, frozen mid strike.

At the far corner of the field we arrive at a farm track. Mud and concrete, 7.5.97 scratched into it forever. Go left and you’ll arrive at the old beehives, still waiting for the sun, but I’m turning right today instead towards the road and home, where porridge waits. I got divers boots on, walking in mud, if you could see me now. Stumbling dance… a tiny shred of plastic printed blue and yellow flaps at the edge of a fresh tilled field, celebrating another cairn of dog shit.

An abused Guinness can, torn in two, lies face down, flattened in the dirt, sobbing.

“I’m sorry I’m sorry! I’m sorry!”
Wash the mud off your boots in a puddle at the edge of the road and turn west. An empty Stella Artois bottle and a flattened Red Bull can are having a thing in the long grass at the side of the road. Look away.
Don’t get drawn in. A water bottle label strains to form a Mobius strip. It knows it can’t do it alone and will eventually drive itself mad with longing, expiring, broken hearted.

Imagine what the wet-wipe wiped before it was flung onto the road.