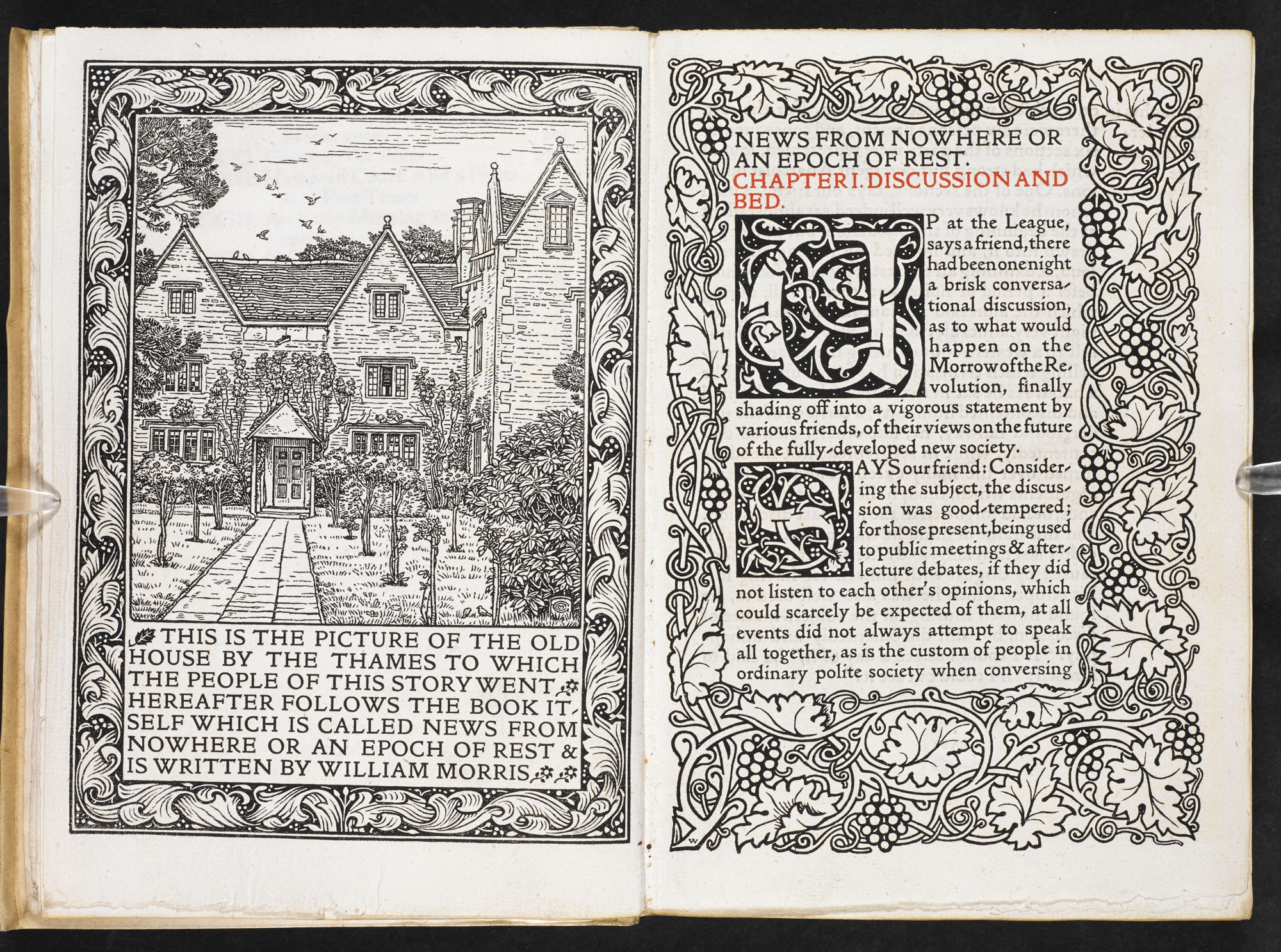 The book’s point of departure – William Morris – snuck up on me after I discovered his 1890 novel News from Nowhere, which you could call the first work of English science fiction. When I discovered that Morris’s socialist salon was attended by the young composers Ralph Vaughan Williams and Gustav Holst (who were both avid collectors of rural folk music), and that his Hammersmith garden had been the site of an early Victorian experiment in high voltage electricity, I felt some great machinery clicking into gear. The gates of Electric Eden creaked open.

I wrote about a third of it in a year, at home in Stoke Newington with frequent trips to the astounding music book and CD library at the Barbican. When my wife became pregnant with our second child, we decided to take a year’s maternity leave in her Norwegian homeland. We rented a flat in Tasta, an edgeland suburb of Stavanger on the west coast. Appropriately enough it was onetime farmland but the diggers and concrete mixers were already moving in, to pave paradise with more homes, shopping centres and car parks. The bulk of the section on the sixties and seventies was written here, in a windowless storage room I converted into a makeshift writing den, with postcards of British landscapes and villages blutacked to the walls.

I think this distance from the nation I was writing about actually helped get some mental purchase on it. I would compose the first sentences of the day while pushing my son Axel to his nursery every morning, and absorb music on a portable CD player while cycling around a nearby lake. One revolution of this body of water was exactly the length of the Incredible String Band’s Hangman’s Beautiful Daughter album. The last chapters were finished off in early 2009, when we returned to London.

The manuscript I delivered needed slashing by about 25,000 words, which I think made for a much better end result. After the book was done, I wrote three cover features for The Wire that could be considered unofficial appendices: on Roy Harper (#329, July 2011), Julian Cope (#309, November 2009), and the Glasgow psych-folk scene around Alasdair Roberts and Trembling Bells (#313, March 2010). I spent several days with Harper at his remarkable property near Clonakilty in Ireland. The madness of his later court case had not yet descended, and he showed me around the extensive landscaped garden he had created at his house – a little patch of Eden, indeed. He had not replied when I reached out to him while writing the book, but there was a copy sitting on his bookshelves.