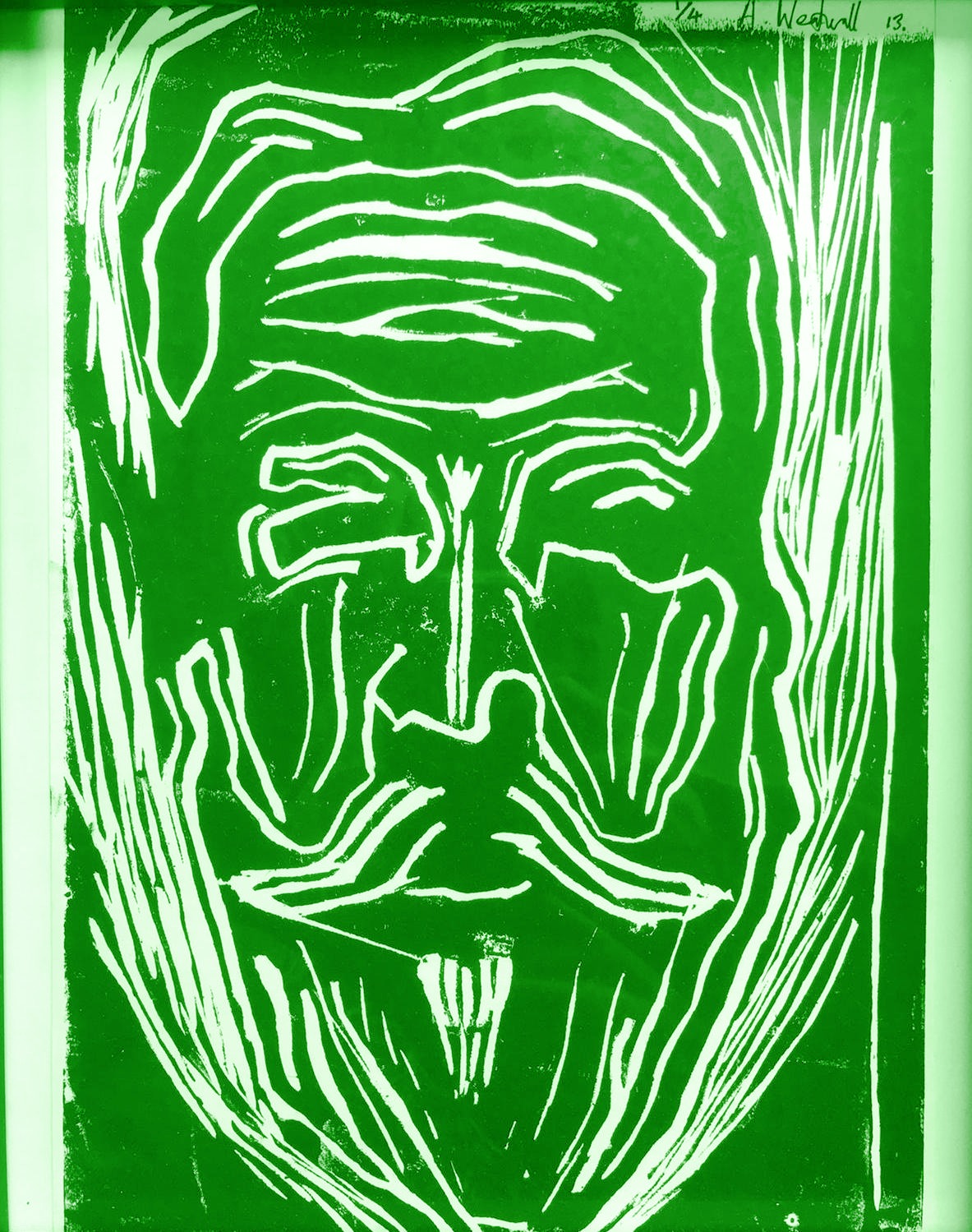 2016 has been a difficult year, of course it has.  It’s as though my radar has been scrambled.  This has got me wondering what I’m up to, deep down in the rabbit hole of Andrew Weatherall’s Music’s Not For Everyone.  I feel like I have tunnelled to the centre of the earth and can’t turn around.  Finally though, the playlist from the 2016 MNFE shows is beginning to take on a familiarity that means it’s time to let it go and move on to the next.  There is no looking back, it’s an Orphean exercise.  When the task looks too big, which it does often, I keep edging forward without thinking about it too much.  It reminds me of the scene in mountaineer Joe Simpson’s Touching the Void when, against all odds and presumed dead, he has made it out of the deep crevice of a glacier and down the mountain with a broken leg, to be confronted by a massive field of giant boulders.  The only way he can summon the willpower to crawl across is by imagining the next boulder as the last.  A useful metaphor in normally stressful times, an essential one now, when the big picture is contorted by political obscuration, and profound anxiety about how the future will play out.

We all need something, several things, to take us out of ourselves when the boulder field threatens to overwhelm us.  Music, especially the tripped-out, demented, raw, beautiful sounds of MNFE, is one of those.  This is not background music.  You want it inside your head to the exclusion of everything, except the incidental thoughts that float across your mind like dandelion seeds. It’s an escape, a form of self-medication that’s not going to upset your liver. I’ve lost count of the number people who have said (myself included) they are drinking every day since the start of lockdown; it would be interesting to know how the drug dealers have adapted their business models to Coronatimes. Is this what’s behind the sudden acquiescence of the great  British public: no longer religion, but opium and all its relations, in-laws included? According to Julian Cope, this started some time ago.

A curious feature of the 2016 MNFE playlist is the number of tracks with a spoken voiceover. Brighton band Fujiya & Miyagi lament more confident times in Extended Dance Mix “I feel like a docile deer let back in the wild, when I venture out of the house having not been out for a while” – you can find resonance in most things without trying.  In Your Soul is Not a Bird, writer James Robertson recounts a dreamscape in lilting Scottish poet-speak, while Art of the Memory’s backing soars around it: “ I did not know…if this was the start of something or the end, or just an interrupted continuity.”  My radar hasn’t recalibrated enough to work out whether this track is stirring, or just that little bit pretentious.  I’ll leave it to you to decide. Chicks on Speed begin Polar Love with “Do not walk if you can fly.  Don’t fly if you can ride.  Lie…only… when you’re getting away from this real necessarily”, which sounds like good advice at the best of times. In Chapter 5 Ayahuasca we hear of a suicidal mission to the ocean morphing into an ayahuasca trip, in which Sonny Smith discovers everything in the world is made out of blue powder in a factory from hell.  The final incantation is Andrew Weatherall’s own We Count the Stars where he reminds us, “We count our sins, we count the stars, they seem so lost, they seem so far.”  It’s good to hear his voice.

There’s plenty here to remove you from whatever strange reality you are living at the moment.  Spirulina’s The Message languidly reaches for the heavens; there are a couple of Kraftwerk covers from Kraftwerk? Ja Bitte!  Yes please, always, Kraftwerk. Continuing the theme, Tokyo Krautrock band Minami Deutsch gives us Tunnel –surely the best way to travel in your kitchen during Coronatimes.  The instrumental section in Fujiya & Miyagi’s The Last Beat of My Heart makes you want to fall in love again.  And there’s a good showing from Andrew himself: an edit of Dexys’ Grazing in the Grass where he makes you wait for a glorious unravelling; the Red Axes remix of Frankfurt Advice from the  Consolamentum album; the suitably weird opening track Celcus Speaks The Truth from Two Lone Swordsman.  And more, but you need to go there for yourself.  I hope there’s enough to keep you occupied until the last MNFE list comes along, taking us back to the beginning, July 2014, when the shows started.  I’ll keep burrowing, you keep listening.  We’ll all take it one boulder at a time.