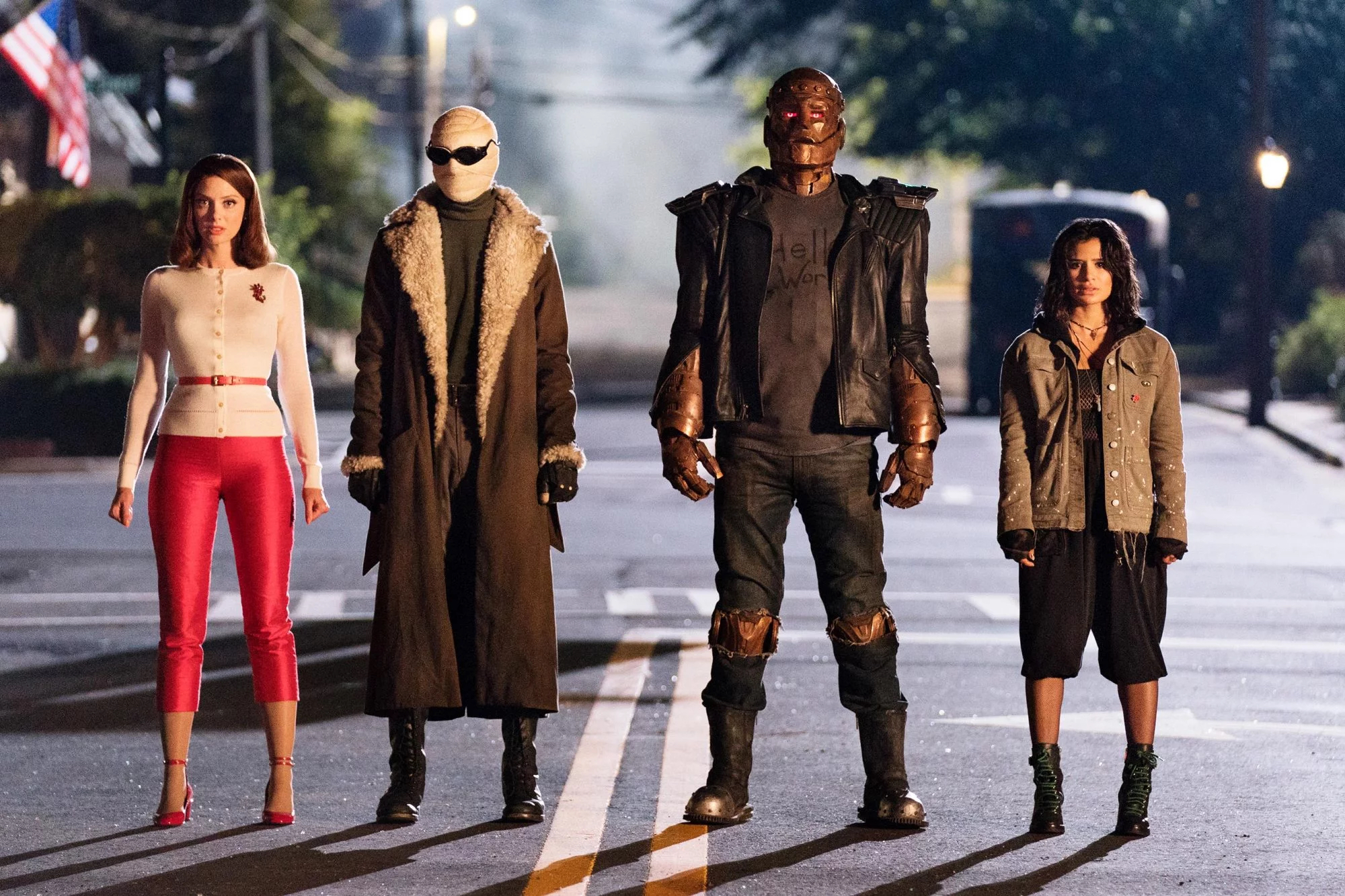 The clock is ticking…soon you will be allowed out again and you won’t need this handy guide to a random list of new and old things to watch to stave off the ennui and help you ignore the familiar walls and ceiling. Unlucky thirteen.

If only there was some catastrophe that could keep me writing…..

Maybe NETFLIX have the answer with, frankly, the most insane offering yet from their German production team. TRIBES OF EUROPA is a mash of comic book visuals, dystopian tropes, suitably German smatterings of humour and a redeeming core EU as a ‘very good thing’ message that makes you wonder if it was funded by the Commission in a bid to ensure there are no more INSERTNAMEOFCOUNTRY-XITS.

It is 2070 something and the world has collapsed due to some forgotten and inexplicable combination of tech fail and possible cyberwar in the late 2020’s. The catastrophe has splintered Europe into Europa, a continent divided between tribes of varying sizes and influence, the two most powerful being The Crimson Alliance, a uniquely liberal minded military led formation of many tribal affiliations under a central command and The Crows, Marilyn Manson fans with a thing for drug use, S & M sex, slavery, honour, black eye make up, lots of fishnet and very heavy techno nights out.

As the Origines, a little tribe that are all tree love and paranoia of the outside world, are drawn into this geo-political struggle, the three children of the tribe leader provide the core narrative for six 45-minute-long excursions into a plot that is full of holes but all the better for it. If you think Star Wars has the odd moment of things not adding up, this is pro level ‘but that doesn’t make sense’ territory.

But like I say. Who cares? This is pure 2000AD style (many obvious lifts from their pages throughout) fodder that falls just the right side of hammy. In between the warring tribes and the quest story of the youngest Indigines son you get a Planet Of The Apes style violent story arc smashing into a Lord Of The Rings search for truth. Topped off with a smattering of Close Encounters courtesy of the mysterious Atlantians – where are they from? What do they do? How do they do it? With, as I say, tons and tons of suitably Reeperbahn at 2am imagery. Eminently watchable, I was genuinely miffed when I realized there were only six episodes. There must be another series on the way given how it ends. I look forward to more.

It’s not the only bizarre thing out there. Adding Starz to our seemingly endless list of TV options, (for PENNYWORTH SEASON TWO, which is a must watch and more on that once I’ve watched some), I found another DC Offering, DOOM PATROL, which is, frankly, batshit.

Adapted from the comic series, which I don’t know, it’s another DC get it right moment with a crew of four genetically and emotionally scarred misfits under the care of their wheelchair bound boss (Timothy Dalton in full on English eccentric mode) becoming a force for good. So far, so comic book. But, the four are a closet homosexual inhabited by a weird alien thing who fell thousands of feet in a fighter jet and has to wear bandages over his horribly scarred skin. A brain in a robot suit. A 50’s actress also inhabited by some weird virus which turns her into a blob when she loses it and a kid with 64 personalities that switch constantly, played brilliantly by Dianne Guerrero (Orange is the New Black).

Given the set up you won’t be surprised to know that this is closer in spirit to AMAZON’s THE BOYS (talked about some time ago) than the goodly goodliness of the heroes of the Marvel Universe., which I love but does tend to rely on redeeming story arcs rather than downright cynicism and nastiness.  The darkness is a first plus for a major cynic like me. Then throw in the deft one liners mostly given to the robot and delivered with deliciously cynical timing and effect, blend with a surrealist take on the usual superhero world conventions – a parallel universe inside what you say? – and finish with a definite sense of its own utter stupidity and you have a laugh out, gross out, thrillingly watchable set of hour-long episodes. Complete with properly cartoon baddies.

For something more cerebral, Walter Presents on Channel 4 have come up trumps again as they often do.

French crime drama THE CRIMSON RIVERS certainly plays a few conventions, starting with the unconventional cop who breaks the rules to get the results, but it redeems itself with the content of the cases and the interplay between this somewhat hackneyed cop character and his far more complex and intriguing sidekick.

Over four two-part episodes, Niemens and Camille investigate crimes steeped in folklore and religious symbolism. The tone is highbrow, though the action, is visceral. The complexities of the cases, the sudden about turns, will be familiar to those who like their Scandi-noir, but this stuff is easy to get wrong. The Crimson Rivers works for two reasons. Firstly, the plotting is watertight, the pacing perfect, you are always nearly on the point of getting it but not quite there. Secondly, the central pull of the crime is backed up with some very nicely observed unravelling of individual character stories, especially Camille. A nice option for those of you tired of Line Of Duty.

Staying in France and watched completely on the off chance, AMAZON’s THE EMPEROR OF PARIS proved to be more than the diverting eye candy I had initially expected.

Given my love for any film set in a vaguely historic place, the early 1800’s Paris backdrop is a nice starting point for a story that develops the history of outcast hero Vidocq, ex-con poacher turned cop gamekeeper played with plenty of panache by Vincent Cassel (La Haine, Ocean’s Twelve and Thirteen, Black Swan). Assisted by streetwalker girlfriend Annette (Freya Major of Skins everyone!), the pair set out for personal reasons to clean up the Paris streets.

What follows is not the world’s most inventive plot, we’re basically talking good guys v bad guys here with a load of political intrigue thrown in and the odd twist of character, yet it’s done with such energy and honesty that, like all the best examples of such films, you soon get on team Vidocq as you watch. The sets are perfect, the costumes sublime, the incidental characters perfect, the whole suitably immersive that, as a Sunday night film, it’s hard to think of a better go to.

For those with the BFI Player, a discovered older French film (blame Spiral, I just want to hear French now), was another off the cuff discovery. Jean Pierre Melville’s ARMY OF SHADOWS, adapted from the 1943 book of the same name, is a pretty thorough telling of the story of the Maquis that doesn’t pull any punches.

Centered on resistance leader Phillipe Gerbier, the film lays bare the harsh decisions that propelled the real-life resistance on a day-to-day basis. Who to save, who to sacrifice, where to strike, how to survive. The tension winds up throughout as you feel the borrowed time of the group coming to its end and the fact that some of this is based on actual events is staggering, another film to use art to highlight humanity’s enduring capacity for both the best, and worst, of actions. Interestingly, its age doesn’t impact on the enjoyment, the power of the performances and Melville’s direction more than making up for a lack of CGI authenticity and the big wow effects of modern films.

To finish, I may not be telling you something you don’t know with this one, but I have to give proper notice to the latest work of ADAM CURTIS on the iPlayer.

CAN’T GET YOU OUT OF MY HEAD hasn’t had the blanket wow response that Curtis normally receives. Whether that is because rather than a two-hour excursion we have six varying length films, whether it is that his style is now less cutting edge than it once was I can’t say.

What I will say is that, after a slow start with the first episode, the series develops a fantastically broad yet ultimately coherent narrative, some of which he has covered to some extent before, that ends with what, for him, is a rare position of opportunity. To take the strands that his earlier work had covered from government collapse to the power of finance, the rise of the individual, the use of technology to order the world and the subsequent removal of human error from that world and distill it into these six films seems to me both a timely and a necessary exercise. If you have seen none of his work before, this stuff will be revelatory, even for seasoned Curtis viewers it contains plenty to chew on, my favourite being the story of the research into how we construct our personality and our reality.  And, as ever, it is television that uses both words and imagery to make you think, not just about what you are seeing, but how it applies to the world as you experience it. In essence, it entertains, educates, and informs, which seems about as BBC as you can get.

Assuming I’m still wanted, I have lined up a few real moments for next time. Germany’s answer to Heathers with eco overtones, France’s surprise Netflix comedy hit, the reveal for Batman’s butler’s return and the most disturbingly realistic Polish war film to date all headline.

If not, then thanks for reading and enjoy the freedom.